The year was 2013 and it was a busy one! I’d just registered for my first MS Bike and begun brainstorming a (now annual) fundraising event of my own, all while studying to be accepted into med school with the hope of someday becoming a neurologist. It was also the year my uncle Eric had to stop working because of his MS. Even though he’s lived with the disease for more than a decade, these last three years have really revealed to me how much his life has been impacted by the disease.

Eric is the inspiration behind everything I do. Eric is the reason I’m on Team Fight. 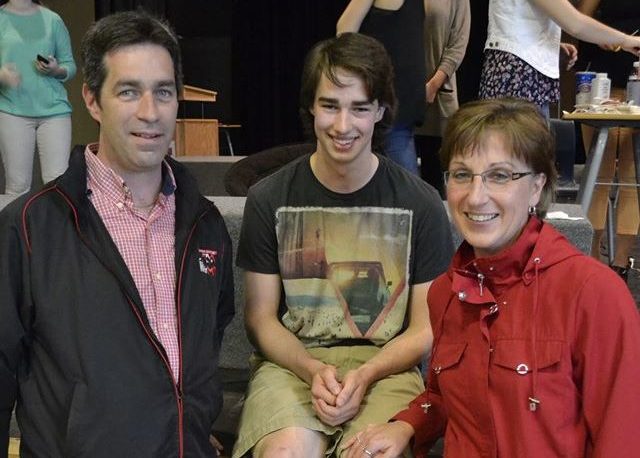 My family moved to Northern Ontario when I was 7 which put quite a bit of physical distance between Eric and I, but made us a lot closer in other ways as we had to consciously commit to keeping in touch. He’s my godfather, so I always received cards from him on my birthday and we made sure to get together for a golf game whenever we could.

Years later, when we were living back on the East Coast, I was amazed to see how my family rallied together to support my uncle as his health started to decline. He was home alone a lot so I started spending mornings with him when I could. We would usually chat about his son’s hockey and his daughter’s ringette – between the two of them, he practically lived at the arena watching his kids compete. He’s always volunteered his time to help manage his kids’ teams. He’s never played hockey himself, but he has a deep love for the sport – a true Canadian!

Today, he’s doing relatively well physically – he doesn’t need any aids, but his grip strength has weakened. His concentration, light headedness, memory loss and debilitating fatigue have been his biggest obstacles. As a neuropsychologist, he couldn’t afford to let his mind wander while he was working with patients. Since he was no longer able to fulfill his work related duties, he was forced to retire early.

My love for research

I’m particularly passionate about understanding how MS works and hearing about research being done to better treat and understand the disease. Research is key. I believe that science will find a way to cure this disease. The MEsenchymal Stem Cell therapy for CAnadian MS patients (MESCAMS) study is a great example of some of the ground breaking work that’s happening here in Canada.

One month ago, I was accepted into medical school in Montréal. Someday, I’d love to open up a treatment centre for people affected by MS right here in Moncton. I’ll have to get through the next 5 years and focus on getting accepted into a good neurology residency first, though. There are so many different career paths within the medical research field, but I’ve got neurology on the brain. Oops. Pardon the pun.

Giving back where I can

I make an effort to be involved in the fight to end MS in every way that I can. I’ve especially enjoyed organising the Fight MS Benefit Concert because it gives me a platform to spread the word about MS as I look for sponsors. I love talking about MS. I hate that it’s a topic of conversation, but I love helping people understand it, teaching them about how it affects people, and letting them know how they can help!

This year marks the third annual Fight MS Benefit Concert. I started it in 2014 as a way to boost my MS Bike fundraising. (The previous year, I raised funds by getting my legs waxed in front of my classmates – but that’s a different story!) With the help of my family and friends, I booked some super talented local artists to help support the cause. The concert has generated more than $8,000 since its start 3 years ago, and I hope to raise another $4,000 this year. I always aim to raise my previous years’ goal by $1,000.

This will also be my fourth year participating in MS Bike – New Brunswick. The first year I rode with my uncle Marc who’s an avid cyclist and my cousin Max who is Eric’s son. Together, we formed Team Grandiose. My family is francophone, so we wanted to find a team name that reflected our collective effort to end MS that worked in both French and English. This year, our team has expanded to include my younger sister Sarah, my girlfriend, her parents, my uncle Marc’s family, and other family friends.

I was honoured to speak at the event in 2014. Uncle Eric always attends the banquet at the end of the first day of the ride and I remember him approaching me after my speech – a little teary eyed – to thank me. He has always supported me in everything that I do and I felt especially moved by his gratitude in this case, since he is my reason for fighting so hard to end MS. 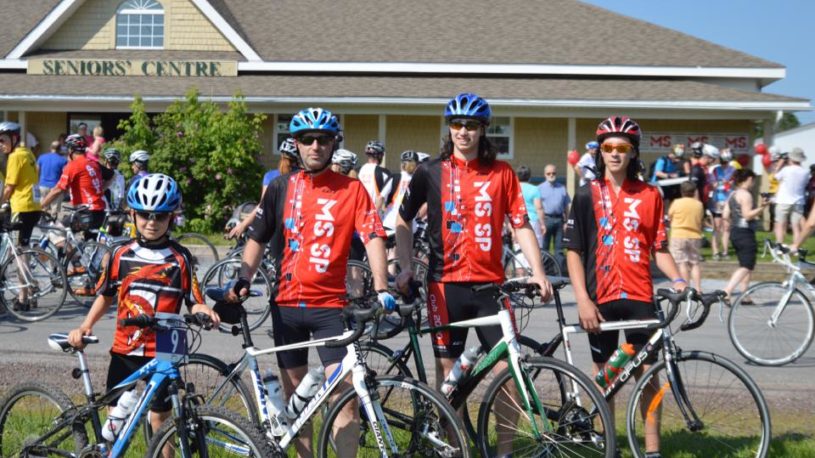 To people who are on the fence about participating in MS Bike, I say why not? There is probably somebody in your life who is affected by MS whether you know it or not and it’s just such a rewarding experience. I’ve met friends at MS Bike that I hope to keep in touch with for the rest of my life. Being a part of this event has helped me discover my passion for medicine which drove me to work hard and get into medical school. Through my involvement with the MS community, I’ve developed a lot of life and leadership skills as well as a passion and drive to help – not only my uncle Eric – but all Canadians living with MS. So that’s my story. Some people think 60km sounds pretty far, but we take a break every 10km and just have fun! The ride will take you however long it will take you – we’re just out there to enjoy the day and end MS. 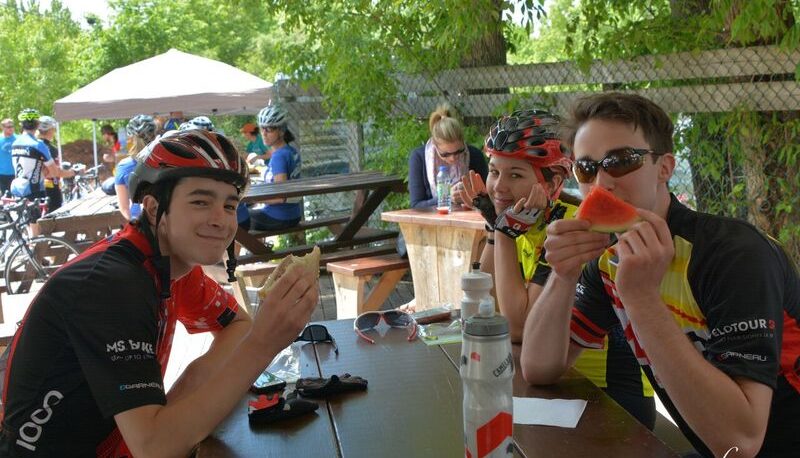 Sam’s our MS Bike ambassador in Atlantic Canada. He’s passionate about cycling, MS research, and dreams of opening up a treatment centre for people affected by MS in his hometown.

We’ll be sharing more stories from other #MSBike ambassadors across Canada leading up to #MSBike. Join Sam by joining #TeamFight register for your local #MSBike today at msbike.ca. Tell us in the comments: who do you ride for?