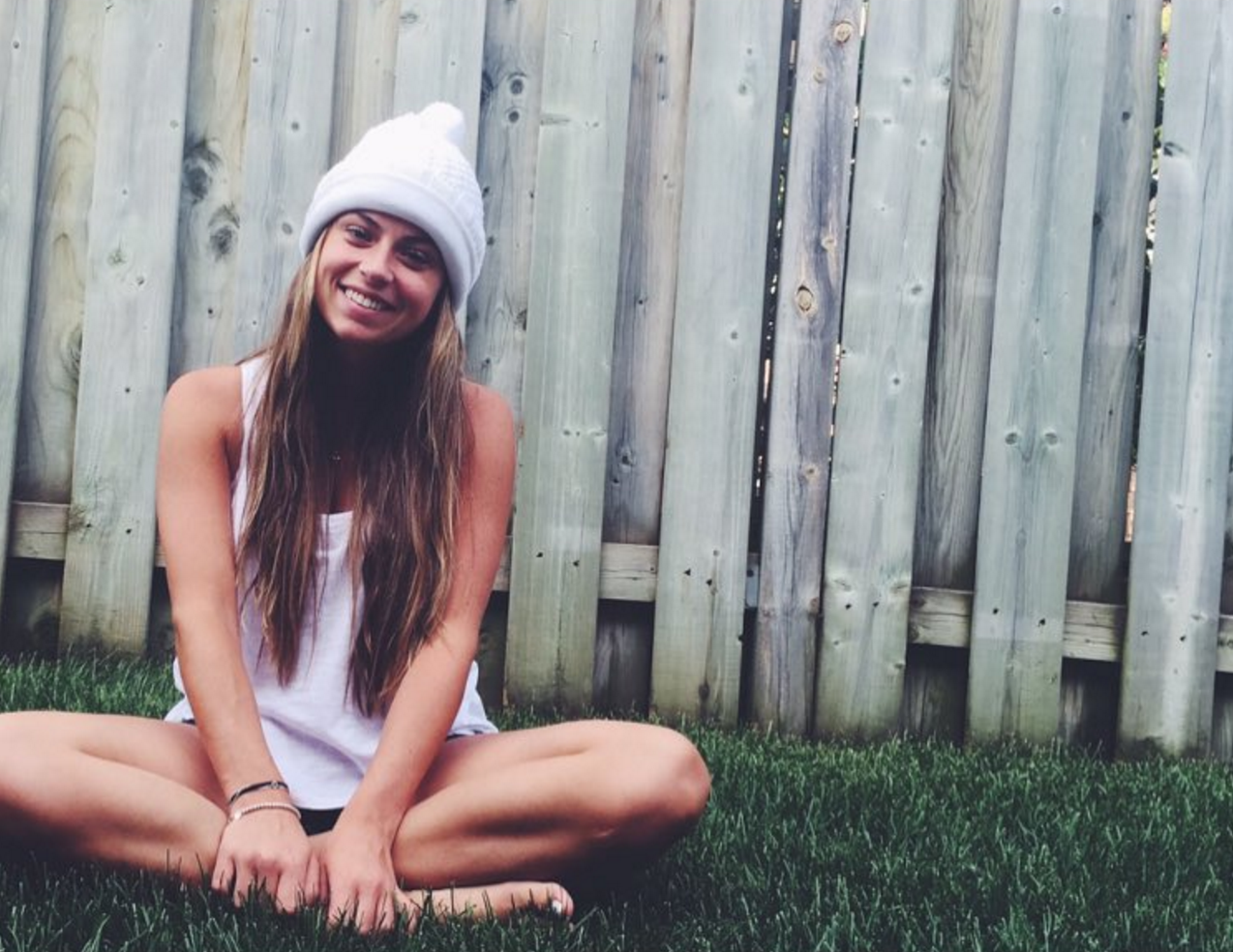 In October 2012, I noticed something in my eye while I was on my way to school. I thought it was makeup or an eyelash, but it just wouldn’t go away.

I was referred to a neurologist who diagnosed me with optic neuritis.

“You’ll have to have an MRI to rule out MS, but don’t worry, it’s very rare,” he told me. After that appointment, I needed to find out more about MS and how it might affect me. I did some research online, and the symptoms I read about were similar to what I had been experiencing. A couple of weeks later, I found myself being rushed to the hospital because of a bad reaction to a steroid treatment. After hearing the scary line up of possible diagnoses – leukemia, a brain tumor, meningitis – I was diagnosed with MS.

I turned to social media. I didn’t spend hours Googling, but instead searched MS hashtags on Twitter and Instagram. I had to do something to voice my feelings, or I would have driven myself crazy. I started an online community group called “Keep S’Myelin,” which initially included a presence on Facebook and Instagram and later expanded to Twitter. I never thought that starting an online community would be so freeing for me. It’s clear that others affected by MS are just as interested in connecting and sharing their feelings about living with the disease, as my network grows each day.

The name is a spin on staying positive and myelin, the protective sheath around our nerves that my immune system attacks. I started posting motivational and cheerful quotes, facts about MS, and building a community where other people affected by the disease could feel less alone. I found myself on my Keep S’Myelin social media accounts at all hours of the day, either posting new content or responding to my followers.

Soon enough, my new hobby of raising awareness about MS grew into a full-time job. An online friend and I started a weekly Twitter chat, #ChatMS, which has really grown into an active community of people who understand each other, who share information, who all want the same thing: to relate to another human being who is going through the same thing they are. I’ve met many MS’ers (which is what some of us call ourselves), and I can say that people living with MS are the strongest, most loving and supportive people out there.

Ooo! My fav part has got to be meeting so many people & creating an outlet that allows a supportive cmmty. #CHatMS https://t.co/416QjRIWyY

Taking it day by day

I do have what I call “my MS days.” These days I’m struggling with everyday tasks, mainly because of my extreme fatigue. Fatigue will hit me and I will feel it right away; I could fall asleep on my desk out of nowhere. I’m lucky to have such a strong circle of friends and family behind me when these days strike. Some days I might just cancel plans without notice – but my support group gets it. I hate it when people who don’t have MS are dismissive of my fatigue, and I often hear, “I know how you feel, I had a late night too,” when it’s really not the same thing.

People with MS don’t always feel comfortable talking about the disease as much as they should. I’ve learned to speak so freely about it on my social accounts, but it took me a long time before I actually posted a photo of myself – or admitted it was me behind the accounts! I want people to know that there are lots of us out there, that they can talk about how they’re feeling before, during or after a diagnosis, or that they can express how much the symptoms suck for them. Really, I just want people to know they’re not alone.

“I may have you, but you don’t have me”Kayla Chatkiewicz was diagnosed with Multiple Sclerosis in 2012. Since then, she has become an ambassador of the MS Community and has been recognized by the Multiple Sclerosis Society of Canada and various other organizations. This is her story. // #IAmViable

Posted by VIABLE on Wednesday, February 3, 2016

Today I look at my diagnosis as bittersweet. It sucks that I have MS, but it’s also made me the happiest I’ve ever been. At the time, I had just been accepted to teacher’s college, which is something I wanted to do ever since I was a little girl – but then one morning I woke up and turned my offers down. Through my work raising awareness of MS, I realized that my professional future is in social media, and I ended up completing a social media program at Seneca College. I now work for myself, providing social media consulting and advertising management for small real estate brands, local businesses and brokerages, while still being able to focus on Keep S’Myelin.

MS Walk: The brightest day of the year

This year will be my fourth MS Walk. In the past my team and I have raised $10,000, and this year I’m shooting for even more. It’s one of the most uplifting days of the year for me, and I’m always so appreciative of everyone who comes out each year. We may be called Team Kayla, but I don’t only walk for myself. I walk for all those affected by MS, along with my family and friends – because they’re affected by this disease, too. As a person living with MS, I understand the importance of the MS community sticking together and being there for one another – it’s something I learned online, when my friends and family encouraged me to put myself out there, which was scary at first. But I hope I can encourage others to be more open about how they face MS, and that they can feel stronger for it.

While I’m extremely comfortable online, MS Walk is a physical place where people who are affected by MS can feel welcome and meet others who have similar life experiences. This year, as the MS Walk ambassador for Toronto, I’ve been able to connect with other people who represent the MS Walk across Canada. You can’t help but feel the overwhelming support, both emotionally and from of the money that’s being raised to find a cure and support our communities.

Without other people to talk to, I would feel so lonely and scared. But we are not alone. We’re in this together, and we are going to end this disease.

Kayla is an #MSWalk ambassador. She is the CEO of SMyelin Media Inc., a social media specialist, and an MS advocate. She lives in Woodbridge, ON, with her parents and loves coffee. As we move into #MSWalk season, we will be sharing more stories from other #MSWalk ambassadors across Canada. Join Kayla in the fight to end MS and sign up for your local #MSWalk event today at mswalks.ca. Tell us in the comments: who do you walk?