“Show of hands – who here knows someone affected by MS?”

All around me, hands shot up. I peered around the room filled with nearly 200 people. I realized that I was the only one whose hand wasn’t waving in the air.

In the Middle East, where I had moved from just one year earlier, instances of multiple sclerosis are rare. I could clearly see the impact of this disease was so much greater in Canada. Being surrounded by all these people made that obvious. This was my lightbulb moment, and sparked my now decade-long involvement in MS Bike.

IT’S ALL ABOUT BALANCE

I’m a firm believer that life is about balance, and how well you achieve that balance depends on how well you manage your time. Running my own business for five years instilled in me the discipline to manage my time effectively. In my life, I don’t measure success as being one dimensional. I’m not successful in life if I’m just successful in my job, or if I just have a great family but I’m not contributing to society or supporting a cause. There’s no reason that I can’t have a fulfilling work and personal life, and still support my community at the same time. 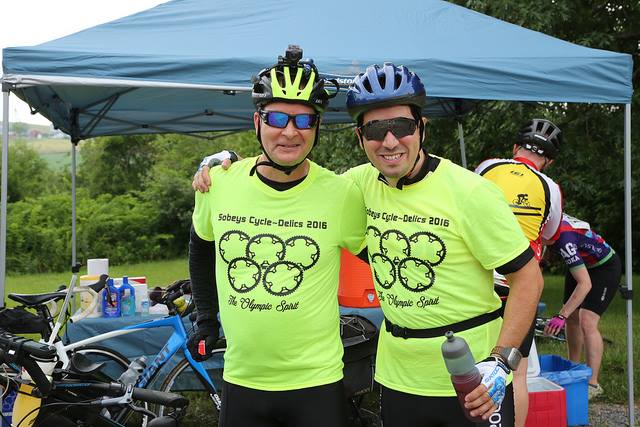 When I signed up for my first MS Bike, I didn’t own a bike. A friend of mine lent me one and I kept it stashed in my garage over the summer – I was too busy working to take it for a spin. Event weekend arrived and I was packing up my car. I stepped into the garage and my heart sank – the bike was gone.

After the initial shock, I realized that I’d left the garage open for the past couple of days, and some stealthy neighborhood kids must’ve nabbed it. But, being ‘bike-less’ didn’t stop me. I shared a bike with another friend, each of us completing half of the two-day MS Bike event. The following year, my company surprised me with a bike after learning about my story.

TAKING THE CAUSE AROUND THE GLOBE

In 2016, I was working to complete my Certified Public Accountant (CPA) designation. My days were filled with studying and I wanted to take a much-needed vacation afterwards, and decided that Europe was the most appealing option. I didn’t want to just ride a train or take a plane, and as I was doing some research, I stumbled across the EuroVelo routes that criss-cross Europe and connect each major city by bike. 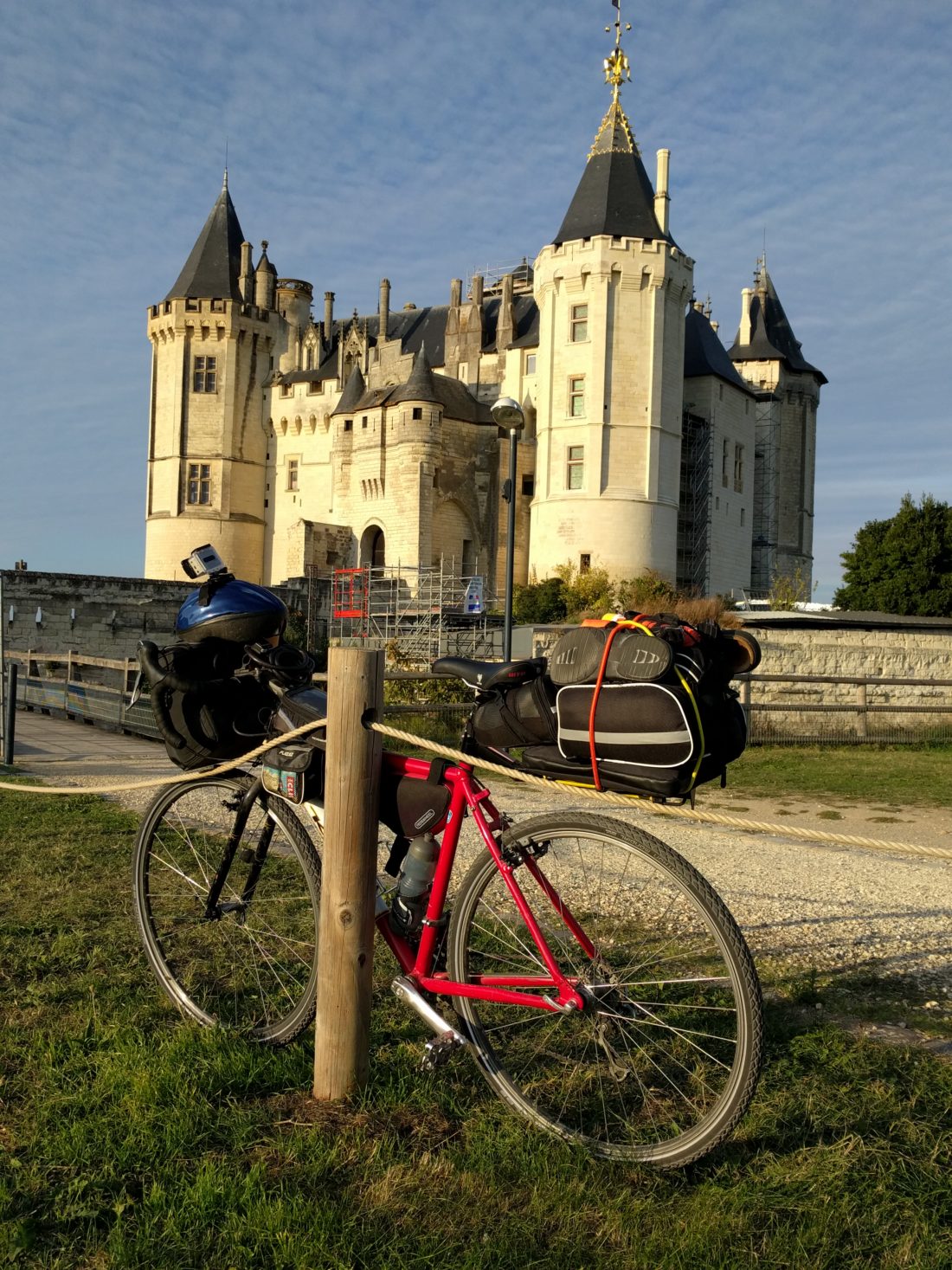 I chose the EuroVelo 6, a route that starts at the edge of the Atlantic coast of France, and stretches across to the edge of the Black Sea in Romania, spanning the continent and running nearly 3, 653 kilometres. As I started planning the two-month trip, I decided to go the extra step and take it on as a fundraiser for MS Bike. I planned to ride 80 kilometres each day and raise a dollar for every kilometre. I had three goals: self-discovery, to spread awareness about MS, and to inspire others to take action for the causes close to their hearts.

It was my first real trip alone – I had always travelled with friends and family previously. Along the route, at rest stops and restaurants, I met different people and shared my story of why I was cycling across Europe. MS was always a topic of conversation throughout my interactions, and kept me motivated over the course of the two months. I alternated between three MS Bike jerseys throughout the two months – proudly displaying the cause across my chest as I spanned the continent on two wheels. At the end of my journey, I had cycled across seven countries and gained so many new experiences. I’d witnessed the fall colours painted like a portrait along the edge of the Danube, raced tractors in the fields, boats in the canals, and slept in stranger’s houses in countries where I didn’t speak the language. I was afraid of being lonely, but I never once felt alone. 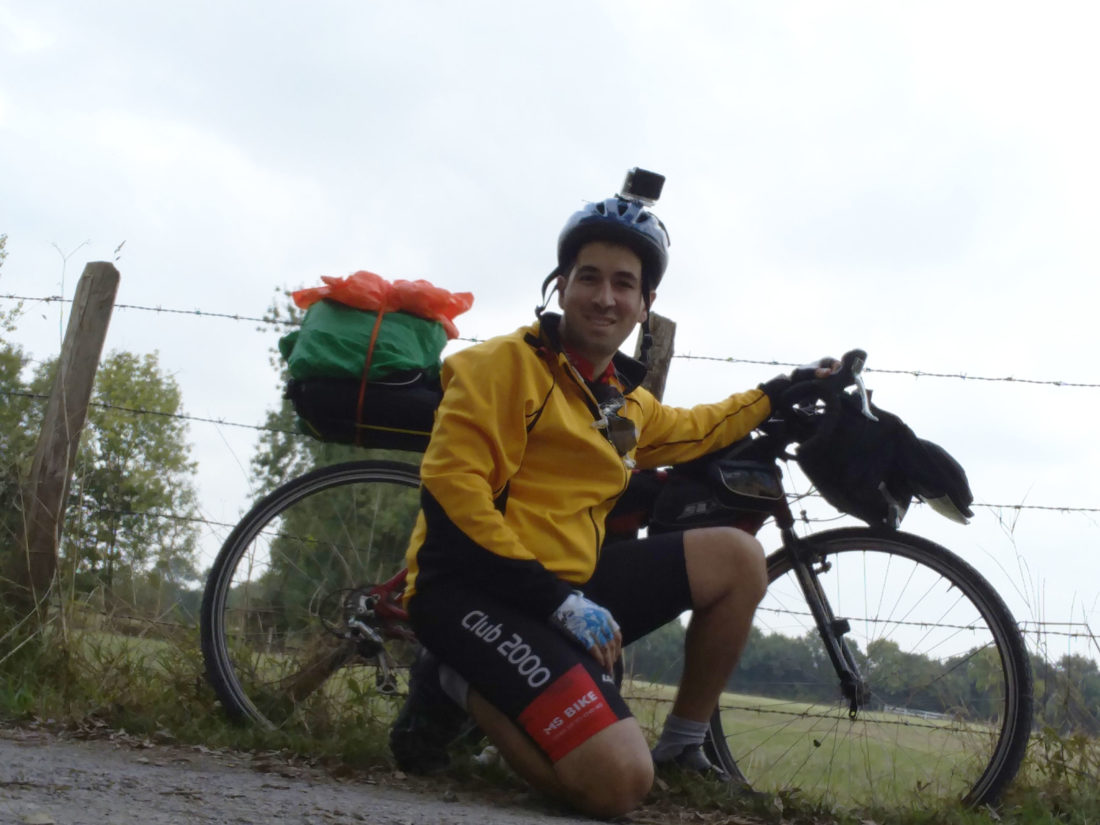 When I started cycling for MS, I didn’t personally know anyone who was affected by the disease. A year and a half ago, a good friend of mine, who’d  always been there to support me in my fundraising for MS (even biking alongside me several times), started experiencing blurry vision. After some testing, he was eventually diagnosed with MS. It was a reminder that I must do whatever I can to support this cause, because you never know who it will affect next.

When I started participating in MS Bike, I wasn’t an active person. I attribute this event with changing my lifestyle. Two years ago, I started running, swimming and competing in triathlons – but MS Bike is still the event that I look forward to every summer. I want to inspire people to come to this event and to be inspired like I was 11 years ago. I always encourage people to bring a friend or two with them. The more MS Bike grows, it not only raises funds, but raises awareness about the event and about our common goal – ending MS for good.

Ahmed is a MS Bike Ambassador in Halifax, and cycles with his colleagues on team Sobey’s CycleDelics. Visit his Youtube page to view the videos of his amazing journey across Europe!

We’ll be sharing more stories from other #MSBike ambassadors across Canada throughout the MS Bike season. Join Ahmed and register for an #MSBike in your area today at msbike.ca.