When I was a teenager, my cousin was diagnosed with multiple sclerosis. I hadn’t known about MS before her diagnosis, and my cousin prefers not to focus on her disease. So I took the time to educate myself online, largely through the MS Society website. I participated in a few MS Walks; I met more people living with MS. Eventually, I had witnessed the wide range of symptoms of MS and how it affects people so differently. My cousin has relapsing-remitting MS, but I discovered that it can become progressive. I also discovered there is a genetic risk factor associated with MS—and my cousin has four children. I spent many years focused on what my cousin’s future might look like. I visited with her children, swam and played with them, and spent time wondering about their health and their futures. For years, I wanted to do more than hope for a cure. I wanted to raise more money than I had before and to contribute to the dialogue of MS awareness in Canada. 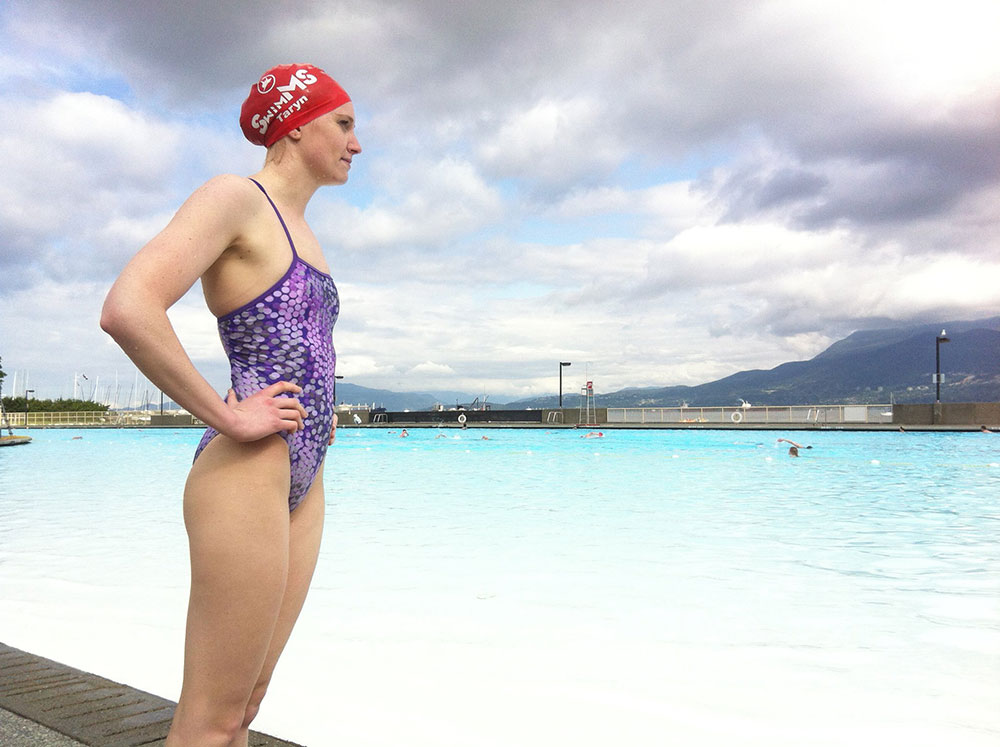 At 16, my ability to maintain speed over long distances landed me on the Canadian National Swim Team. Before I even got my full driver’s license, I was off to Yokahama, Japan to compete in the 800-metre and 1,500-metre races at the Pan Pacific Championships. The next year, when I qualified for the World Aquatic Championships in Barcelona, Spain, I remember getting out of the water after qualifying for worlds and immediately jumping into the arms of a teammate and self-declared “older brother” while saying, “I’m coming with you.” This teammate would one day discover that his mom lives with MS. To this day I am lucky to keep in touch with this wonderful family.

My first two years on the national team passed, and my training took a turn for the worst. A combination of exhaustion, pressure and immaturity contributed to the collapse of my success. I could hardly make it through a practice without tears, and come the summer of 2004, my negativity had won. The top two swimmers in each event who reached a minimum qualifying race time found themselves on the Olympic team. I had touched third. For years after this, I was hesitant to get into the pool.

I began working at a dental office where I found out that both a co-worker and a co-worker’s father lived with MS. I remembered the goal I had set for myself years before; I re-visited information about MS and once again began to focus.

I asked myself a difficult question: was I still a swimmer?

By the time I answered this, I had met two more people living with MS, and I wanted our community to know how this disease is affecting people across the country. I’ve always been a swimmer, and I’m so grateful for that ability—I wanted to use my skill to raise money for MS research so that a cure can be found.

On August 16, 2014, I swam for 12 hours off Kitsilano Beach. The event was called SwimMS. I easily collected funds using the MS Society’s online DIY fundraising program (now called I Challenge MS). I promoted the event through social media, began a training blog online and contacted local news media. As word spread, people often asked me, “Why 12 hours?” I would encourage them to think about what an average person would do in a day. I leave the house at 7:00 am and spend the day rushing to complete tasks and prove to my boss that I rock – it’s exhausting. By the time I settle down for the night, it’s usually after 7:00 pm. Now imagine living a similar day with a relapse or progressive MS adding more obstacles. My goal was to challenge myself beyond what is normal for me in a day, and the swim did just that.

The community in Vancouver responded well to SwimMS. The event received significant media coverage including TV, print and radio, and we raised nearly $16,000—exceeding my original goal of $10,000. While the initiative wasn’t about me, I can say that my proudest moment was stepping out of the water at the 12-hour mark knowing that I had achieved both challenges I had faced with SwimMS. But as the dust settled over the next weeks, I found that I wasn’t satisfied with stopping there. In September 2014 I began volunteering once a week as an office assistant for the MS Society’s BC and Yukon Division office. The experience allowed me to feel even more connected to the work I had begun. I found myself offering to come in for extra days and help out with events—I felt like I was where I was meant to be. Luckily, the team I now call family felt the same way.

In January 2014, I was hired as Development Coordinator at the BC and Yukon Division office. Every day, I arrive at my desk determined to be an advocate for my friends living with MS. I also get to support I Challenge MS fundraisers such as SwimMS 2015! This August 15, the swim was completed once again and included a 12-hour support relay team who joined me in the water. With much colder temperatures this year, the team was crucial to my mental strength and to the success of the swim. 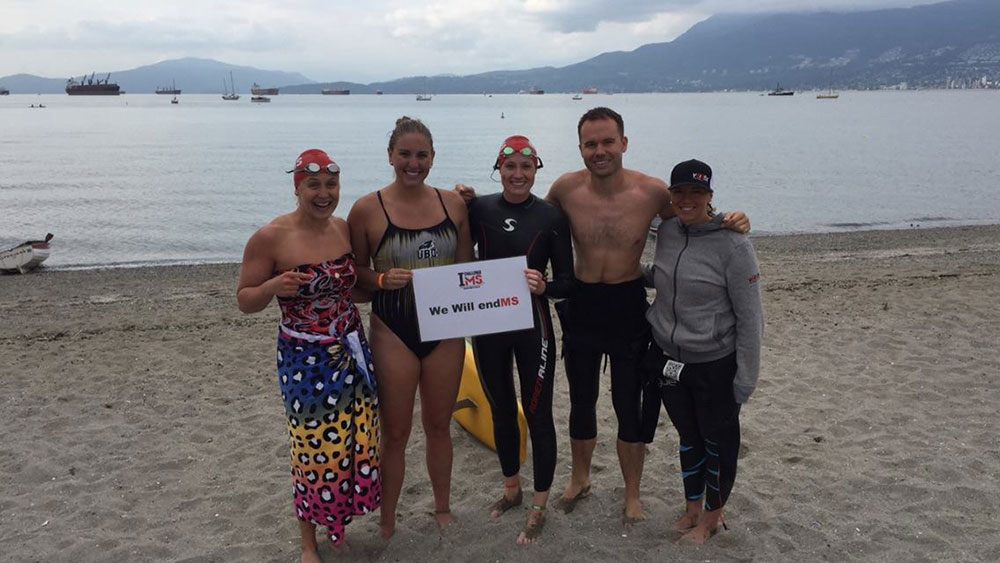 As a group we have now raised $20,000 in two years. I have never been as busy or as fulfilled as I am now. With a new career, new goals and a new season of SwimMS having just passed, I truly am home!

Find out more about how you can raise funds for people living with MS.