My world began to change about 10 years ago. At the time, I was working as a flight attendant, an emergency medical technician, and I was in my last practicum to become a paramedic. I had been training really hard for all of the physical exams, but I felt that they were tougher than they should be. I couldn’t understand why, being so physically fit, I could barely pass the exams. That’s when a pinch in my groin came out of nowhere. I had no idea that it was the beginning of my multiple sclerosis (MS) symptoms. 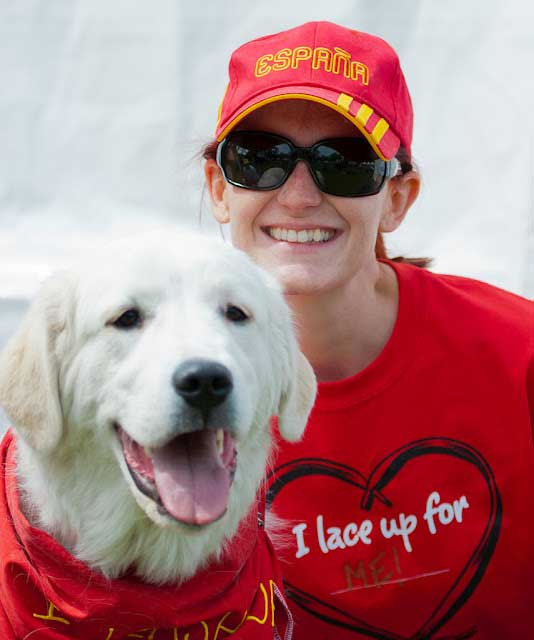 They initially thought I had a hernia, but I have a medical background and I’ve experienced hernias before. I knew it was something else. Things got worse when I was at work on light duties helping with patient transfer at the hospital. Over a matter of hours, I went numb right up to my armpit on my left side. The doctor I was working with urged me to get checked out immediately.

My husband drove me to a hospital where a hernia specialist was. I was there all night and they tested me for everything – cauda equina syndrome, and many other scary things that I learned about during my medical training. I had a feeling it was something else.

They sent me home loaded with steroids and over the next two and a half months, I had a couple of MRIs and developed new lesions. With my medical background and being from Alberta, where MS rates are high, I had an idea of what was coming. When I went to see my neurologist for a follow-up, my doctor confirmed my suspicions. I had MS.

Even though I sort of knew my diagnosis was coming, it took me a while to absorb it. Part of me felt relieved to finally uncover the mystery, but I still felt full of fear and anxiety over what the disease would entail. I knew things could be much worse, so I did my best to remain positive and keep moving forward. I was informed I could either go on long-term disability or go back to work, but I physically couldn’t go back to what I was doing. Luckily, my dad’s business was taking off, so I decided to leave my jobs and work with him. I’m really fortunate that I can make my own schedule and I have the support that I need. I’m not the kind of person who does well sitting around.

That was my way of being in control. I don’t like to wait around and see what’s next with my disease. If I want to go quadding in the desert, I’m going to go quadding in the desert because tomorrow my arm might hurt too much for me to go. I like doing what I can while I can. And if I can, I always say yes. One of my friends says that I’m the human form of a unicorn because he’s never met anyone who lives in such fairyland all the time. That’s how I deal with my diagnosis, by living in the moment and staying positive. 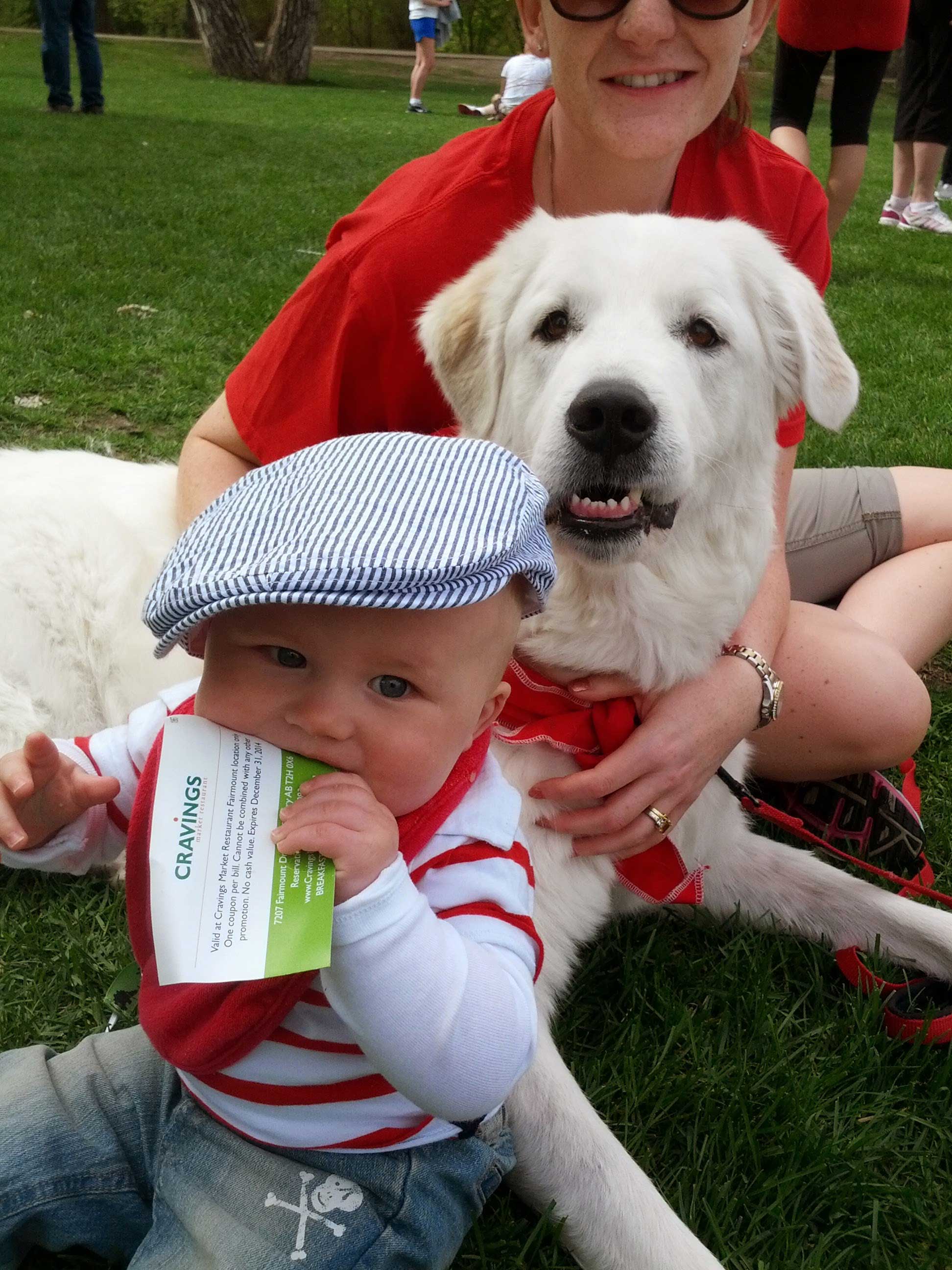 There were times where I couldn’t hop on a quad and be adventurous – or even walk properly. I’ve had some horrible flare-ups that affected the balance and coordination, but my worst relapse happened after that massive flood Calgary faced in 2013. It was a devastating time for my family because it ruined our place of business and flooded our family home for ten days. This relapse was mostly due to one of the lesions in my spine which had a hold of the nerves in my arm. My hand was in agony.  I experienced burning, crushing, and aching pains, as well as painful sensations of my fingernails being lifted off.

On the day of the storm, my dad called me to ask if I could come help him pack up the office as the flood was approaching. By the time I got to town, vehicles were drifting away and I had lost contact with my dad after a river bank broke in between us. It was chaos. There were so many people carrying their children, pets, and luggage, and I just couldn’t find my dad anywhere. Six hours later, my family got a text from a lady who said she was with him. Later that day, my dad and a group of people were rescued from the second floor of a building by using large farming vehicles.

The flood cost us all of our stock within the office, and the stress caused my relapse to go out of control. I started misusing my pain medications because nothing seemed to be working, and I ended up addicted to opiates, morphine, and oxycontin. It was the only way to get the pain under control. I was seriously researching and considering drastic measures such as severing my nerve or cutting off my entire arm. It seems silly now, I didn’t care if I never used my arm again because I just couldn’t take the pain any longer. The caring and dedicated medical team that I had was confident that they would get it under control. Thankfully, they were right. Around Christmas in 2013, it had been almost a complete year of me being on the medications and the pain was finally under control.

It was really tough, but I was able to end my dependency on pain medications. I spent a lot of my time working with my holistic doctor and acupuncturist to detox myself. I’m still on nerve blockers, but things have improved so much. I also improved my diet. I now eat an extremely anti-inflammatory diet. I don’t eat dairy, wheat products, or anything that’s hard to digest. I do, however, save all my cheats for wine.

When it comes to MS, outside of taking care of yourself, one of the best things you can do is help raise funds to find a cure. Like I said, it’s about doing whatever you can to gain control. Joining MS Walk and fundraising for MS research is one of the best ways to do that. This June, my family and I will be participating in our community’s MS Walk. I worry sometimes that my nieces and nephews might face what I face one day.  As a family, we are walking to show that we stand together to fight it. We are stronger than MS.

Rachel is an MS Walk ambassador who resides in Calgary, AB. Despite all of the obstacles MS has put in her path, she has proven to be a strong, resilient, and inspiring woman. Join her at MS Walk, bringing us closer to finding a cure: mswalks.ca