The weather during my ride last year was rough – I wasn’t only battling my own fatigue, but the elements too. As we came to a halt at a stop sign along the route, I realized I couldn’t feel my legs at all. I thought, ok, maybe this is it. But one of my team members came to my rescue and held my bike upright and clipped my feet back into my pedals. Then he held me steady, ran behind me, and pushed me until I got going again.

Most of the time, it’s a mental push that keeps me motivated. When I found out I had MS I didn’t tell many people for the first three months, but I came to a point where I realized that hiding from the reality of this disease wasn’t going to do anything to help me fight it. I wrote out exactly what had been running through my mind since I was given my diagnosis, shared it on Facebook and received an overwhelmingly positive response from my community. I asked my parents for a bike for my birthday and registered for MS Bike – Leduc to Camrose. That year, I raised about $13, 000 for my first MS Bike just by sharing my story. I’m still amazed at the power of simply opening up to others had on my outlook on my future living with MS, and the generosity of others. 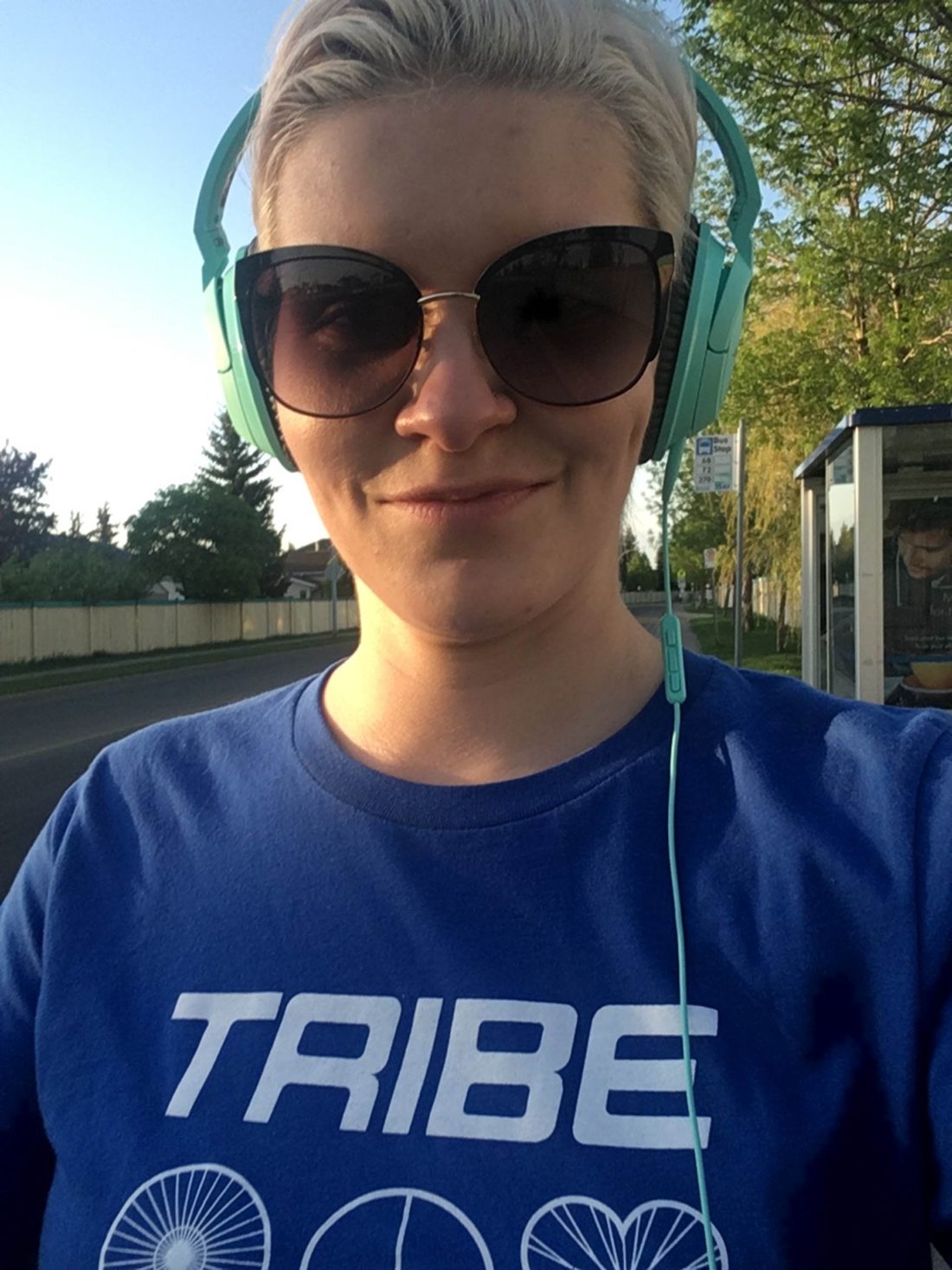 Initially, I didn’t know many people living with MS and had no idea what the day-to-day of living with this disease was like. Early on, I met two people who changed the way I saw the disease. The first was a spokesperson at MS Walk, who amazed me with her story and the sheer amount of activities and fundraisers that she was involved in to support the cause. She made me realize that just because I had MS, my life wasn’t over. Being involved and active in the MS community sounded like a much better idea than sitting at home feeling sorry for myself.

The other was a fellow cyclist I was introduced to, who’s a member of the Royal Canadian Mounted Police, and has been living with MS for quite a few years. Before my diagnosis, I had been preparing to become a police officer and it was something I had struggled with in the early stages. After hearing her story, it gave me hope that maybe this was still possible, and maybe I can still do everything I want to do.

Over the years my ties to MS Bike have grown deeper and I’ve built up my own community of people who’ve been affected by MS in different ways. I’ve been involved with so many activities – I’ve been a part of the Tour of Champions, cycled in numerous rides, held fundraisers, advocated for change, and volunteered at MS Society events like MS Walk. I go out of my way to meet and talk to as many people as I can, to attend their fundraisers, and donate when I can. I’ve made connections with local businesses and have hosted a silent auction at a local pub for the past three years to fundraise for my rides. And recently, I bought a new bike and passed along my trusty old bike to another MS Bike participant – she was proud to ride a bike that already had a history of fighting MS! 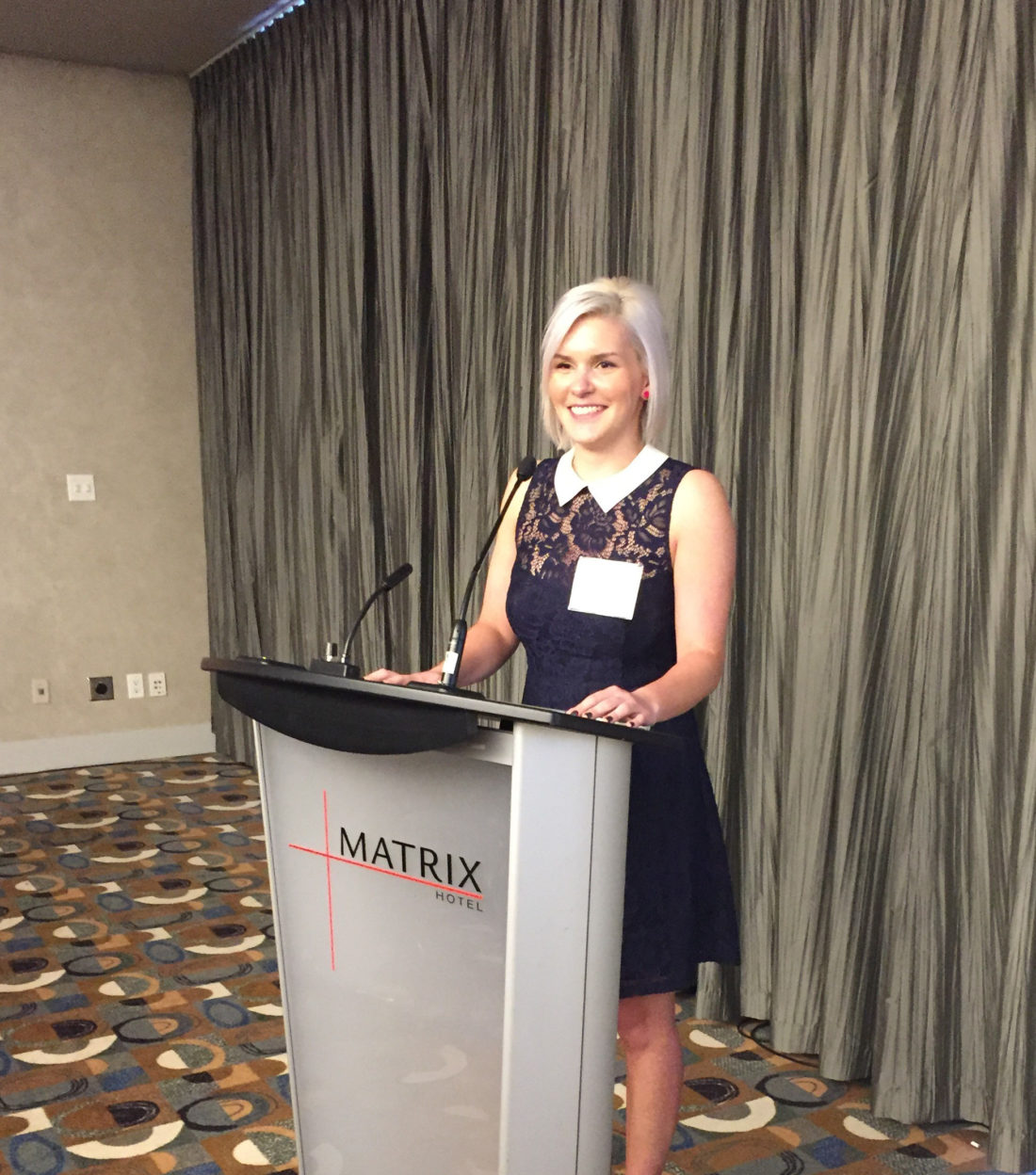 When people approach me to talk about life with MS, I always make time for them because I want people to know that life doesn’t end when you’re diagnosed. Sometimes, it’s just nice to vent to someone who can identify with what I’m going through, even if our experiences with MS are completely different. It’s difficult to hear about relapses affecting people I’ve grown to love. Sometimes it makes me feel helpless, like I can’t do anything for them. But that feeling pushes me to keep going, knowing that fundraising for and doing these rides are going to help accelerate research and eventually find a cure. Five years ago, the only treatment options for me were injections. Seeing progress in new research initiatives like the Progression Cohort Study, breakthroughs from studies like Dr. Metz’s, and research done by individuals across Canada gives me hope.

For me, recovery after completing an MS Bike event is difficult and can take up to two weeks before I’m fully back to my normal. But when I ride, the thought is always there that this may be my last ride, or my last ride for a while. I know there are people living with MS who have different symptoms than mine, and many who would love to be able to cycle but can’t. This gives me that mental push – my reason for cycling year after year. The knowledge that I’m not only fighting for myself, but for all the people I’ve met who’re affected by MS. It’s a push that keeps my legs moving even when I can’t feel them, a push that keeps me fighting to end MS.

Patrycia is an MS Bike ambassador from Alberta. She loves spin class, owns a rescue dog and is an inspirational leader in the fight to end MS.

We’ll be sharing more stories from other #MSBike ambassadors across Canada throughout the MS Bike season. Join Patrycia and register for an #MSBike in your area today at msbike.ca.

Tell us in the comments: how has the MS community inspired you?