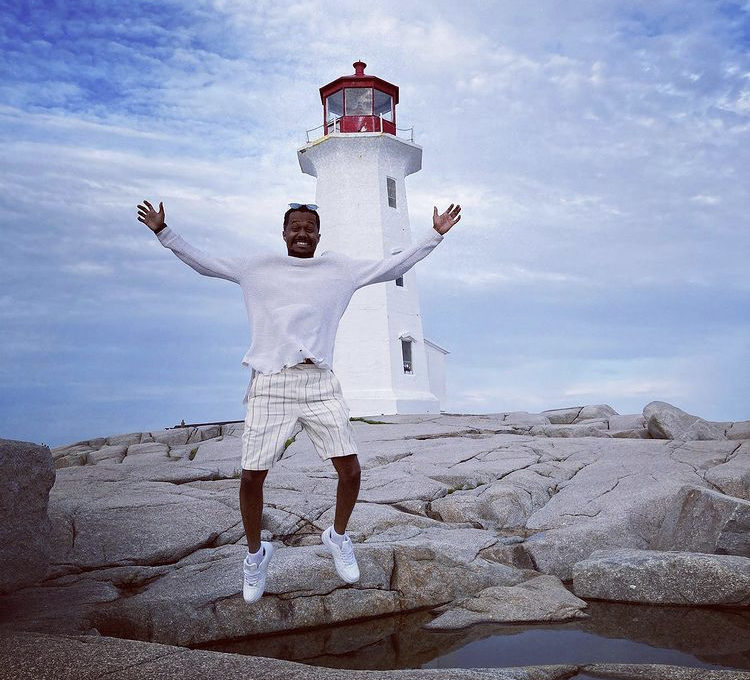 There are questions about being a millennial with MS that you won’t find answered by a Google search.

How do you think about responding to DMs on days you can barely find the strength to get out of bed? Or how do you cope with the stress of financial security when you’re already concerned about your health and well-being? And when is it appropriate to tell someone you met on a dating app that you live with the most common neurological disease impacting young people in Canada?

With many impacted by MS during the formative years of their adult lives, millennials are not alone in the fight against MS. Today, millennials with MS are diving into the workforce, starting families, and advancing their education – all during the most significant global crisis of the last century. In our latest blog series, ‘Millennials with MS,’ we sit down with young adults across Canada to discuss self-care, social media, mental health, and more to hear what they have to say about life with MS.

This week, we sat down with Abdalla Ahmedin, a 26-year-old who reflects on the news of his recent MS diagnosis.

Q: When were you diagnosed with MS, and what was that experience like?

In 2018, I was having a stressful day dealing with some work issues. The stress was so intense and suddenly, I couldn’t feel my hands and legs. I could walk, but they felt extremely numb. I went to the emergency room and was told that there was nothing wrong with me and that I may just be dehydrated.

I shrugged it off and continued on with my week.

I lived like that, with numbness in my hands and legs, for two months. When the numbness didn’t go away, I realized something else had to be wrong. I went back to the ER and spoke to a doctor. I told her that I wanted some tests done, so she booked me in for a CAT scan. I remember the shock on her face when she came back with the results.

The doctor booked an MRI for me the next morning, which gave my mind plenty of time to wander. I couldn’t sleep at all that night, replaying the look on my doctor’s face over and over again.

After the MRI test the next day, my family doctor gave me a call. The first thing she said was, “Don’t freak out. Everything’s going to be fine.”

“Can you just tell me what’s going on?” I asked.

Then she told me I had MS, which I had never heard of before. Right away, I did what everyone does and Googled it. Seeing the stories and experiences of thousands of other Canadians feel a bit better. I had an appointment scheduled with a neurologist in Toronto, but I moved before I could attend it. I ended up getting a wonderful role with ScotiaBank in Halifax, Nova Scotia, and moved a few weeks later.

Q: What MS symptoms do you experience today? How do you manage them?

My symptoms include numbness in my hands and legs, balance issues, double vision, and fatigue. Just to feel rested, I feel like I have to sleep 14-16 hours. I work evening shifts so I can sleep more and accommodate my lifestyle.

This January, I had a week where my symptoms were almost too much. I tried to manage my symptoms by playing games on my phone and on my PS4 – just to distract myself. I found cold showers were helpful. And sleeping a lot.

I also stopped playing soccer because of my MS. I love soccer. When I came to Halifax, I wanted to make friends, so I found some guys who played and asked to join their next soccer game. After that, playing with them became routine. But one day, I noticed I couldn’t jog anymore – my body just wasn’t responding. I was so embarrassed that I told my friends I was just tired.

A few months later, I decided to attempt playing again. I tried to dribble, but couldn’t feel the ball with my legs. It was then that I stopped playing soccer for good.

Q: How has your MS diagnosis impacted your relationship with friends and family?

I didn’t tell my family, and I still haven’t. My family is back home in Eritrea [Eastern Africa]. I cannot tell them since I’m alone here in Canada. Honestly, my mother would freak out and she would want to call me every five minutes to check in.

I remember several years ago, Omar, my best friend in Toronto, told a group of our friends something out of the blue. He spoke in Arabic and said, “Guys, I have something in my nervous system.” We didn’t understand what he was saying. He became frustrated and didn’t talk about it again.

When I was diagnosed with MS, I remembered that conversation and realized he could’ve been talking about multiple sclerosis. I was already living in Nova Scotia at that point, so I called him. My hunch was right.

After catching up, I was glad to hear that Omar had been getting treatment for the past couple years, and hadn’t experienced any symptoms or relapses. Now we always talk about our experiences with MS over the phone. It’s so important to have someone who understands what it’s like.

I’ve also told my close friends that I have MS. Some of them understand what it is, but some don’t get it. They’ll be like, “Oh, you’re fine. Nothing’s wrong with you.” But it’s painful when you can’t do the things you love.

Q: As a young person with MS, how has MS impacted your career? Have you made the choice to tell your coworkers or management?

Before my current job, I was always so worried. I kept wondering, “What if I have an MS relapse? Then I won’t get paid. I’ll have to stay home. How will I pay my bills? What will happen to me then?”

When I eventually did tell my boss, Chelsea, I was surprised to see how well she took the news. In November, I started having symptoms that interfered with my work – numbness again in my hands and legs, as well as double vision. I was working from home, but I couldn’t type anything. I told Chelsea and she was totally understanding. She told me to not work until I felt okay again and that I’d still get paid. She reiterated that health comes first. That gave me so much confidence because I wasn’t worried about my bills and I could just focus on my health. I ended up taking off a week and a half and Chelsea kept checking up on me. It’s reassuring to know that she had my back.