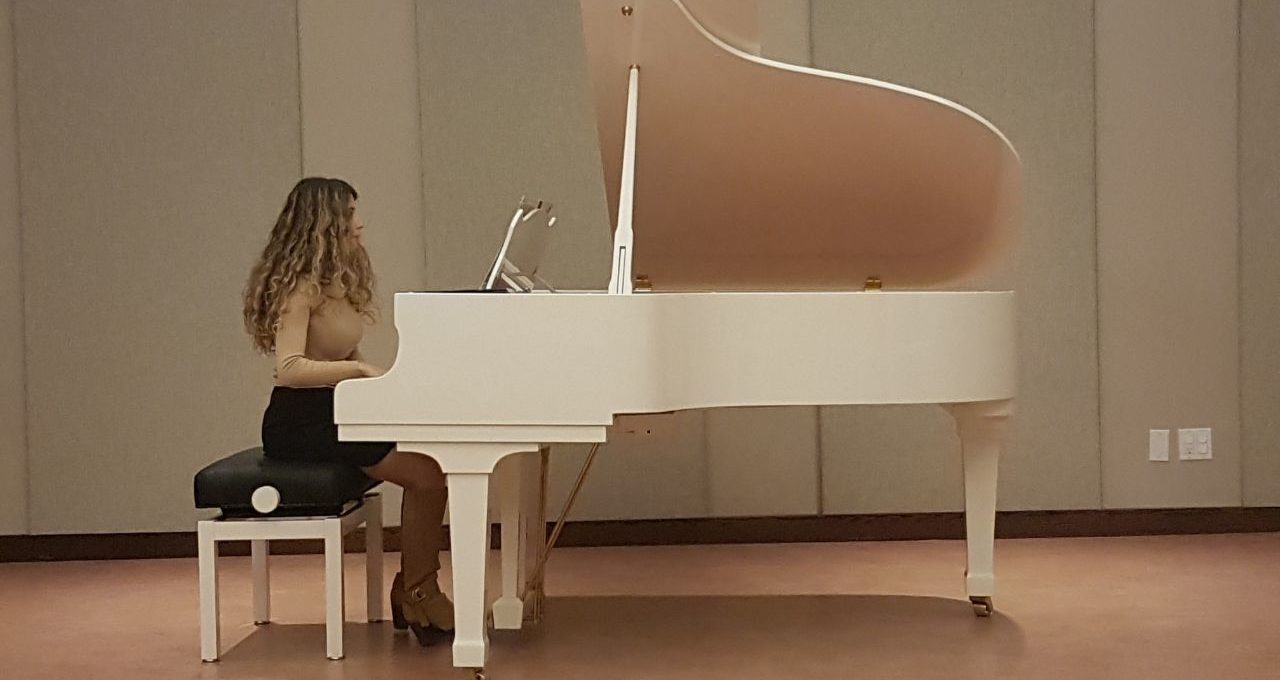 Being diagnosed with MS can be a frightening experience. It can be even more so when you’re far away from somewhere you’ve always called home.

In 2006, a young woman from Iran named Sogol suddenly found it difficult to walk. At the time, she had been living in London, England for university and was more than 4,400 kilometres away from home. As she began to experience severe numbness in her feet causing her to limp, she visited a doctor, who told her they couldn’t identify any causes. But shortly after, her hands went numb. A few years after that, she woke up with yet another symptom: blurred vision.

“I woke up before an important presentation for school and my vision was blurry. That was the moment when I realized that something was seriously wrong. I was terrified,” Sogol recalls. “When I went to the doctor, they still couldn’t figure out what was wrong with my eye, so I left feeling confused and even more defeated.”

After Sogol graduated from university, she experienced the worst relapse that she’s ever had. This time, her entire body went numb, she felt dizzy, and she couldn’t shake her high fever. She suddenly had trouble playing the piano and eating with a fork, and even experienced bladder dysfunction. That’s when she knew she needed to visit a neurologist. After numerous tests, it was confirmed – she had multiple sclerosis (MS).

Sogol’s diagnosis brought on a sense of loneliness, and after her marriage ended, she fell into a deep depression. She knew she needed a fresh start, so without knowing a soul, she moved to Canada from Iran. The move to a new country intensified her feelings of isolation, and that’s when she turned to the MS Society for support.

After connecting with MS Society staff, Sogol wanted to take an active role in helping others living with the disease. She envisioned a safe space where recently diagnosed newcomers to Canada could share their experiences with MS. She started an MS support group for people who spoke Farsi – a confidential group with a focus on educating and supporting new immigrants who live with MS.

“When I first came to Canada, I was dealing with a new language, a new diagnosis, and a heartbreak from a failed marriage – all by myself. It was important for me to find other people who could understand my struggles because from my experience, people in my culture tend to not speak much about their diseases. I started my own Farsi-speaking MS support group in the hopes of meeting people who may be feeling out of place without their family and friends here. I wanted to know that I wasn’t alone.”

The group launched in January 2012 and the Farsi-speaking community embraced the idea. A flood of people reached out to her, resulting in nearly 35 people meeting up in the Greater Toronto Area every month. She also created a virtual group for people that could not attend in person. Naturally, her support group continued to increase in size. Year after year, Sogol received emails from people who were recently diagnosed with MS, looking for support as they navigated a new chapter in their lives.

“Living with a chronic disease in an English-speaking country when English isn’t your first language can be extremely isolating. For people who don’t have family or friends in Canada, the support group helps create a sense of community. Many of us have experienced similar MS symptoms such as fatigue, depression, and mood swings, and this group has given us the means to talk about it. With our new family, we can share our experiences, relate to one another, and truly feel understood.”

When the pandemic struck, Sogol made it a priority to continue supporting newcomers to Canada who were also affected by MS. She moved her support group to an online platform and continued to check her messages frequently to connect with the community.

Eight years after the launch of her support group, Sogol often reflects on how she felt when she was first diagnosed with MS. The Farsi-speaking support group, along with the help from the MS Society, gave her hope for the future. Her newfound friends gave her the tools she needed to help manage her isolation. Connecting with a community who understood her helped her get closer to the person she was before her diagnosis. Now, when Sogol speaks to a newly diagnosed person looking for support, she encourages them to be strong and stay positive through this change in their life.

“At first, my diagnosis felt like a wave of confusion, sadness, and loneliness because it took away my health and happiness. Now, I see it as a blessing in disguise. It changed my perspective on life for the better. Throughout the years, I have met people with inspiring stories of perseverance, and they have helped me live with my new reality. My goal was to help people, but in return, they saved me.”