I’m a carpenter and entrepreneur, but above everything else, I’m a son who loves his mom. My mother has lived with multiple sclerosis for over 21 years and currently is in a wheelchair, with limited use of her hands. MS has always been a part of my life, and has affected my family tremendously. Growing up, we couldn’t do the things that most families take for granted. Small things like going for a family dinner was more difficult because many places still don’t accommodate a mobility device. My dad has also had to step into the caregiver role, which put a strain on their relationship, and even now, they aren’t able to do things that most retired couples do.

Because of MS, I feel like my mother wasn’t able to be the person she wanted to be, and wasn’t able to do what most of us take for granted. But she’s remained one of my biggest inspirations. Not many people could go through what she has been through, and still wake up with a smile on her face, but she does. 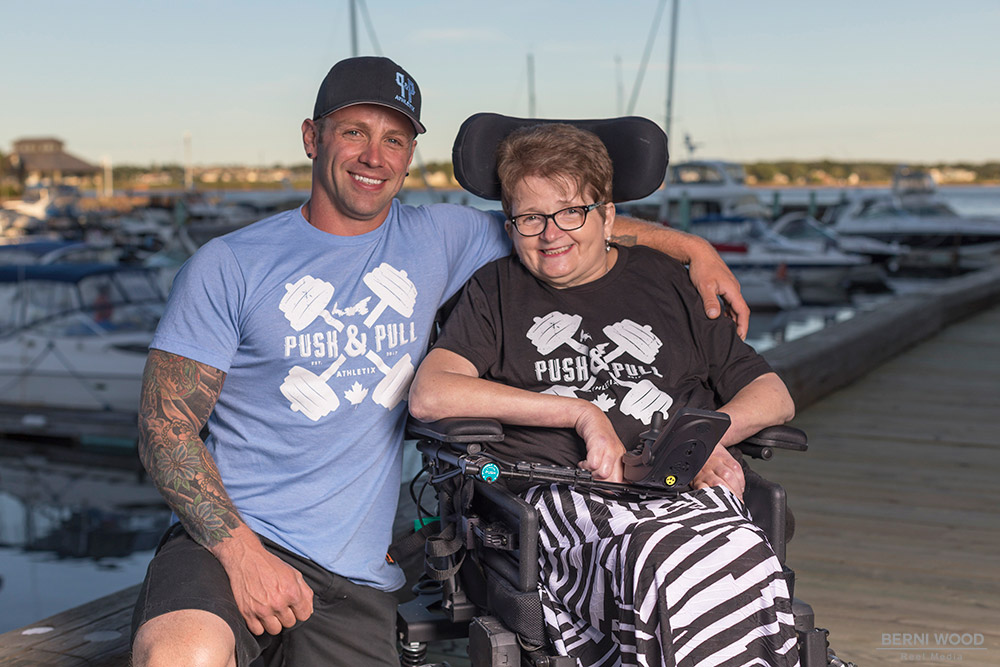 For a long time, I had been wanting to do something that could help not only my mom, but everyone living with this disease. Inspiration struck a few months ago, when I was at the gym (you can find me there often) talking to a friend. After I worked out, I went home, drew out a logo, and Push & Pull Athletix was born!

Push & Pull Athletix is a line of athleisure wear – we currently stock t-shirts, hoodies, hats, and tanks. The idea was sparked by my love for the gym and an active lifestyle, and I was inspired by other activewear clothing lines. As part of my effort to help support MS research, I decided that ten per cent of our proceeds from Push & Pull will go to the MS Society. After I came up with the idea for Push & Pull, I called my mom to tell her about my idea, and she absolutely loved it and wanted to be a part of it! Now I have the best business partner a man could ask for – my mother! 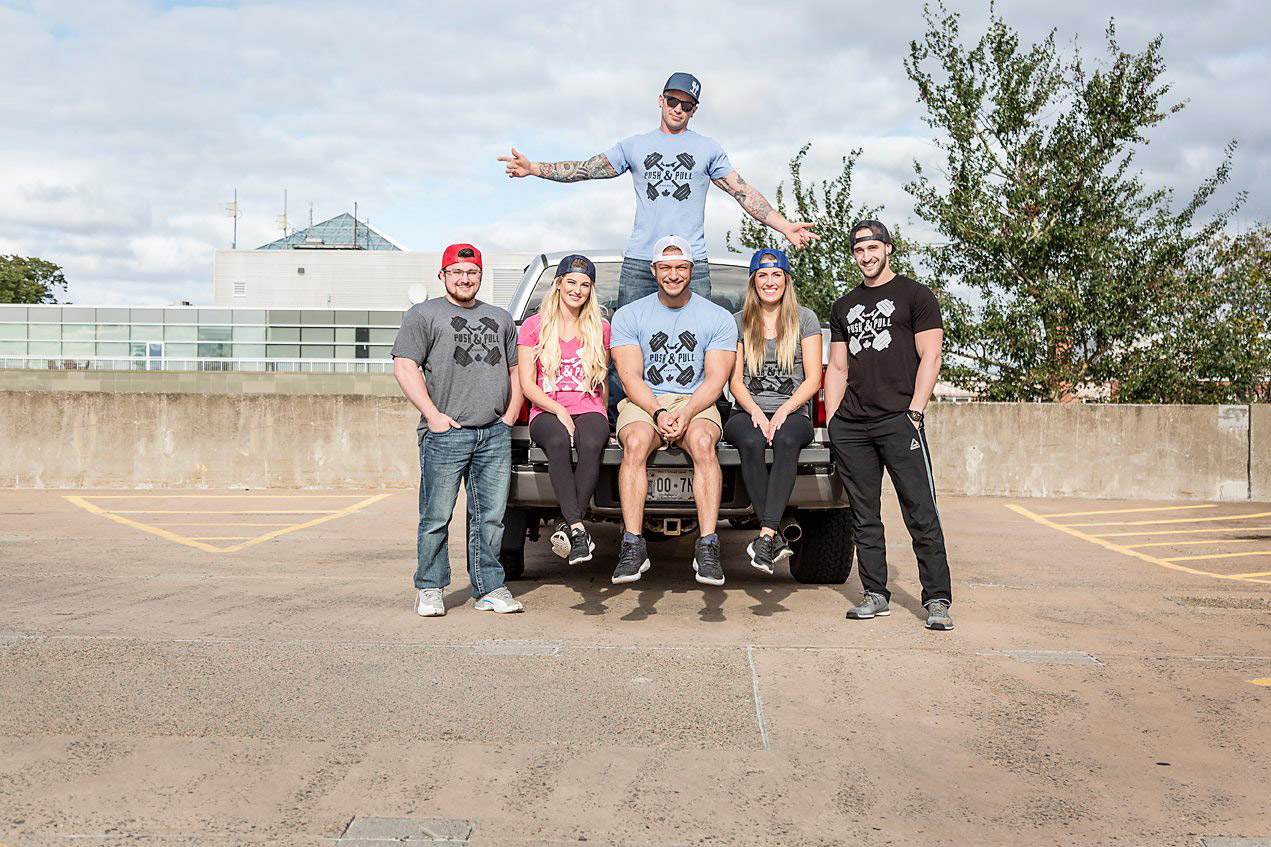 I’m new to fundraising, and I learned about I Challenge MS as a platform to help fundraise for the MS Society. I wanted a way to kick off our fundraising, so we hosted the First Annual Push & Pull 4 MS as an I Challenge MS event. It was an outdoor event and it rained during the day but overall, we had a great day and raised over $500 to kick off our fundraising. We had bouncy houses, obstacle courses, face painting, a mini weight lifting competition, and a couple different booths set up! It was a great way to get people together for a fun day and to fundraise – all while promoting an active and healthy lifestyle. I’ve also always wanted to be an event coordinator, so doing this I Challenge MS kick-off event for Push & Pull gave me a chance to do just that.

The event was such a success that we’re planning another, bigger one in February, called Lift 4 MS. Its going to be similar but it will also have a silent auction, a structured weightlifting competition and even a live band. We’re trying to do something different and everyone is pretty excited about it. I believe we’ve been successful so far because of our dedication and the fact that we’ve been able to get the brand out there on social media as well as at our events. This is only the beginning for Push & Pull Athletix, and we aren’t going anywhere – we’re only getting stronger! 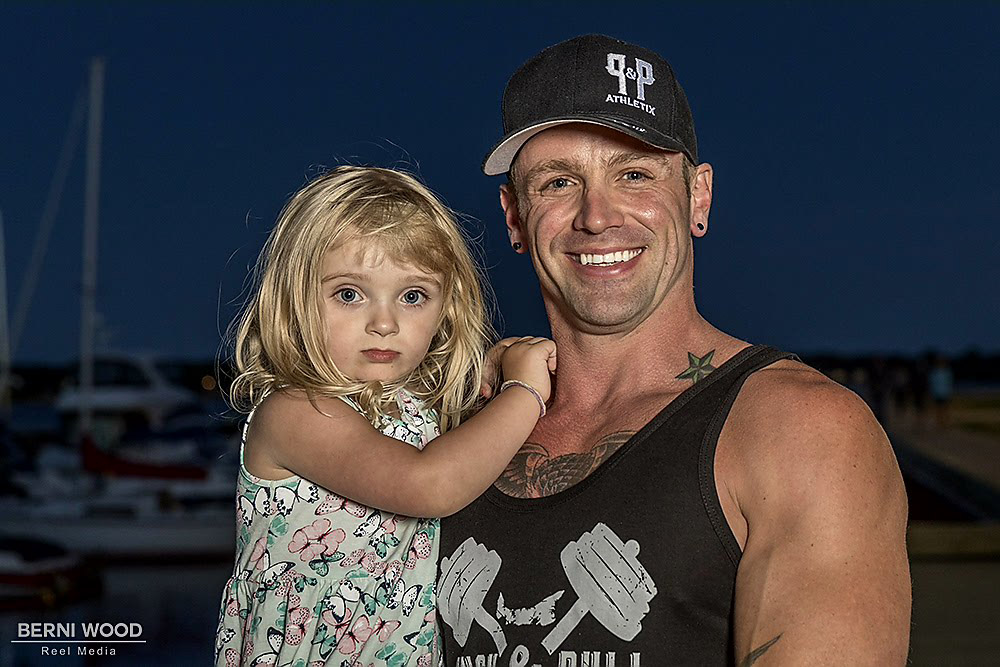 I decided to raise awareness and funding for MS research because MS is a disease we still know little about. I hope that through my I Challenge events, and Push & Pull Athletix, I’ll be able to help people that are in the same shoes as my mother. I feel it’s important that people join I Challenge MS and give hope to those who need it, so that someday a cure will be found.

Blake is an I Challenge participant in Prince Edward Island, a Red Seal carpenter, and father to a three year-old daughter. He is the co-founder of Push & Pull Athletix with his mother, who lives with progressive MS.

Get started with your own I Challenge MS!