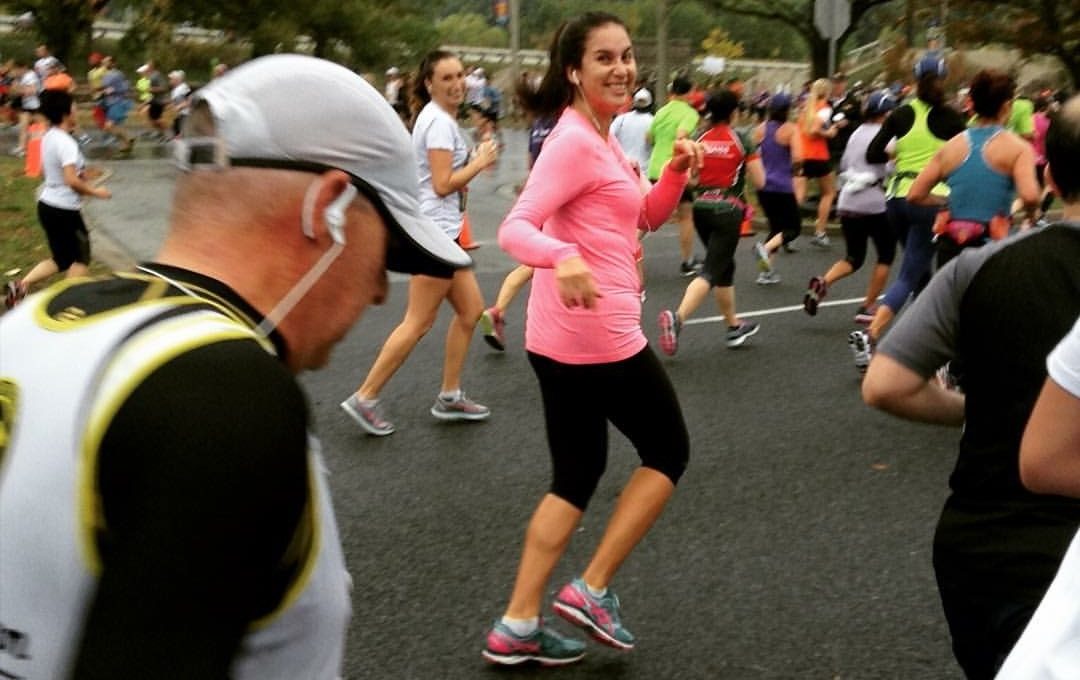 Guest post by Jessica Winger, diagnosed with MS in 2015

Months after being diagnosed, I felt vindicated. Although, after going through a year and a half of doctor appointments, unexplained pains, tingling numbness and temporarily losing vision in my left eye, that vindication quickly faded and I became depressed while coming to terms with having MS. With the love and guidance of my family and friends, I began to change my perspective and came to see my MS as an opportunity to improve my health. I focused on myself and integrated wellness practices into my routine to improve my mental, spiritual, physical and emotional wellbeing to help prolong my quality of life with MS.

I like to describe myself as a relatively young person. I like to go out with my friends, travel and be active as much as possible. Although, the most difficult part of living with my MS is when my healthy habits begin to sway, or I overwork myself – at that point my body sends me signals that I need to slow down. I make sure to rest and prioritize my sleep because I never know when fatigue will hit and slow me down. I also try to limit my stress and make use of the health benefits I receive from work to help me relieve my symptoms. I speak to a counsellor, and use acupuncture, massage therapy, and naturopathy to help ease my symptoms – I never refrain from asking for help.

Before I was diagnosed, I didn’t know a lot about the disease and I was surprised to find out that Canada has the highest rate of MS in the world. So, last year I decided to organize an I Challenge MS event – Project Jessie. For my event, I raised as much as I could to run in the Scotiabank Waterfront Marathon, and donated all the proceeds to the MS Society of Canada. I encouraged people to donate to my online personal I Challenge MS page, through my social media accounts. I also reached out to the people I work with and received some very generous donations from senior management, and my story was featured in my work’s quarterly magazine which highlighted my run and cause for fundraising.

My goal in organizing the event was more of a personal challenge. Deciding to run the half marathon on the one year anniversary of my diagnosis felt symbolic to me, especially after going through the most challenging year of my life. I wanted to mark how far I’ve come in my health and wellness journey while living with MS. I called that year of my life, “working on Project Jessie”.

I found out about the MS Society of Canada’s I Challenge MS program through an MS newsletter, and I never expected that my event would be as successful as it was, or that I would receive the outpour of support from my friends, acquaintances and people that I work with. When I launched my event, and started asking for donations, I also announced publicly that I have MS, which was a little nerve-racking because I didn’t know if that would change how I would be treated by others. Ultimately, I knew I was challenging myself and that I could do something for others who were experiencing the same fears I felt. That’s what really made it worthwhile. My original fundraising goal was set at $2,500, and it quickly increased to $5,000. In total, I ended up raising more than $8,000 for people affected by MS!

I Challenge MS wasn’t the first MS Society event that I’d been a part of. I had attended a Toronto Chapter event titled MS 101, which was geared towards people newly diagnosed with RRMS. My family and boyfriend came along with me for support. It was there I heard Dr. Freedman speak (which I found cool, as months later the IAHSCT announcement was made). Groundbreaking findings like this is why I put myself out there and fundraise for MS. These great strides in MS research mean that doctors and researchers are making progress in halting or reversing MS progression in people living with MS. All the new treatments that are being developed give me hope that one day there will be a cure.

For people who’re considering launching their own I Challenge MS event, it’s empowering and motivating and you should go for it! It promotes MS awareness and brings people together as a community, and together we will continue to get closer to a cure.