I used to love running – I’d run ten laps of Bob Daily stadium almost daily. Now, writing is my new form of running – I’ve been writing a paranormal fantasy series since 2009 and it’s become my saving grace. Some things I’d still love to be able to do is stand at my son’s high school graduation and my daughter’s graduation from University. Someday I’d love to be able to dance at their weddings. I’d love to travel with them, maybe go to Disneyland with my son or Rome with my daughter. I’m not sure how well I’d do with my MS walking in the heat… but I’d try.

Years ago, I would lose track of time due to my MS. Hours would pass, and they’d be gone, but I was still just – there.  I couldn’t understand what was happening. I’d read about it, but I wasn’t capable of putting two and two together at the time. I couldn’t even remember where I was supposed to put a comma in a sentence. I was incredibly lucky to have support, but at the time nobody really knew what was happening either. You feel like you’re losing your mind. You walk in a room and have no idea why you’re there. I once went to the wrong town to visit someone… true story. It’s humiliating because it’s almost impossible to explain this to someone that hasn’t gone through incapacitating brain fog. In time, I gained some of my memories back and was able to learn back the things I’d lost through repetition, but in the back of your mind, you always know there’s a chance you’ll lose it again. 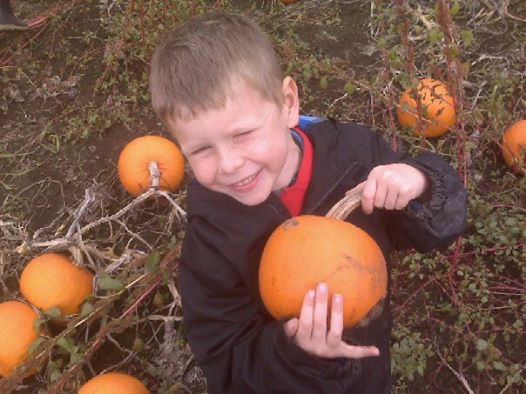 For me, doing anything after six o’clock at night is not an option. Six o’clock is when the cramping and radiating pain starts. I loved running, especially trail running with the excitement of dodging the roots and rocks, but it’s not part of my life anymore because my body won’t let me. I miss doing activities like going for a nice long scenic walk with my children. I used to sing, and I was good at it, but now my ability to breathe between the beats fails me or I can’t remember the words to songs I used to know by heart. As with everyone living with MS, I only have a limited amount of energy to work with before I’m  too exhausted to do anything. I’m basically trapped inside during the summer, so sun worshipping is out of the question these days. If I get too hot, I sound like I’m drunk and then the cramping starts. I also don’t have fine motor skills in my left hand so I type with my right and one working finger on my left – writings become a slow process. I’ve written quite a few books while trying to give my soul a way to still run and sing – now slow and steady wins the race.

I was diagnosed with MS right before I got on a school bus with my son to go to a pumpkin patch with his kindergarten class. I kind of operated on autopilot that day. I went to a funeral the weekend after my diagnosis where I met an older lady from my church. I think she was in her seventies at the time and she told me she had MS. She shared this incredible story about faith and keeping a positive attitude. I remember her being in a wheelchair in her forties, and there she was standing in front of me that day. I’d known her most of my life but hadn’t known she had MS until I mentioned my diagnosis. That one conversation changed my perspective on everything, and gave me reassurance that there was hope. Over the years that I’ve been dealing with my MS, I’ve learned to accept it as a part of who I am. The pain has worn me down on many occasions but I think I’ve done well with the positive attitude part. There are many things that I’ve lost along the way, like the function of my left hand, but people don’t seem to notice or maybe they’re just being polite. I may be physically weaker but I feel stronger in so many ways. I can be pretty determined when I want to be. I can be so sick it takes me ten minutes to hobble across the room, but I will climb those stairs even if it takes me an hour. You just do it anyways and you deal with it, but that’s life for anyone… isn’t it? 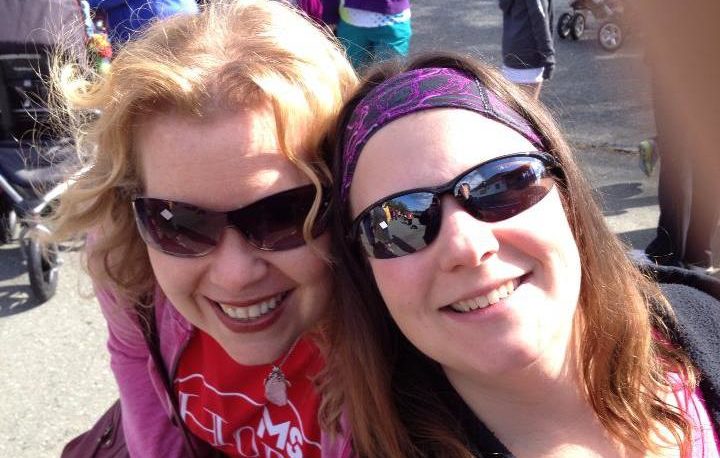 Some things that people may not know about me is that I politely ask my server at restaurants not to be personally disturbed by the amount of hot sauce I put on my food. I laugh a lot, if I’m uncomfortable or nervous – probably too much. When someone texts me and asks me if I’m okay, 99 per cent of the time I’ll just say yes, unless it’s my parents or one of my three close girlfriends, who also have MS. In that case, I’ll say something like the MS Fairy pushed me again and I fell in the shower. I usually refer to my symptoms as the MS Fairy. I joke about the MS Fairy tripping me or shoving me down the stairs. If I’m feeling awful, I’ll say that the MS Fairy is being a bit of a jerk today, and frankly I’m finding her shenanigans a bit mean spirited! 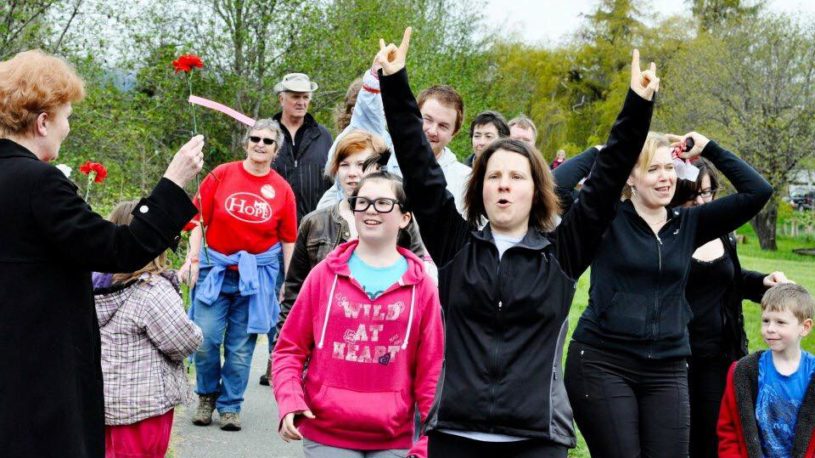 I’ve been attending the MS Walk since my diagnosis, but there have been a few years where I was having a relapse and couldn’t attend. One year, I remember my son was given a shirt. It said, “I walk for…” and in felt pen, on the line, he had written Mom. It still makes me tear up because these aren’t problems young children should ever have to think about. You want your children to have a carefree childhood. You don’t want to be reading them children’s books in kindergarten about upsetting things so they’ll understand what’s happening to you. MS Walk is a place where people affected by MS can be comfortable and surround themselves in a community of like minded people who’re fundraising to find a cure for all of us living with MS. Who knows, at the rate that MS research is advancing, we may find more answers sooner than we think. I walk to because I believe we will find a cure, I walk to end MS.

Kim is an #MSWalk ambassador. She lives in Port Alberni, has written a series of novels and is most proud of her children Jenna and Cameron. Join Kim at this years MS Walk today and fundraise to find a cure for MS.