In 1976, Jack MacDuff led his curling team from St. John’s, Newfoundland to number one at the Brier – Canadian curling’s highest honour. At only 26 years old, Jack was on top of the world.

A couple of years ago, Jack spoke at a sports awards dinner for youth. He stressed the importance of staying in the game:

“Keep your head on straight and keep going – lean on your teammates and your coaches and you will be the best you can be.”

The best that Jack is everyday reveals a strong-willed, thankful and witty man, who just happens to live with primary progressive multiple sclerosis. 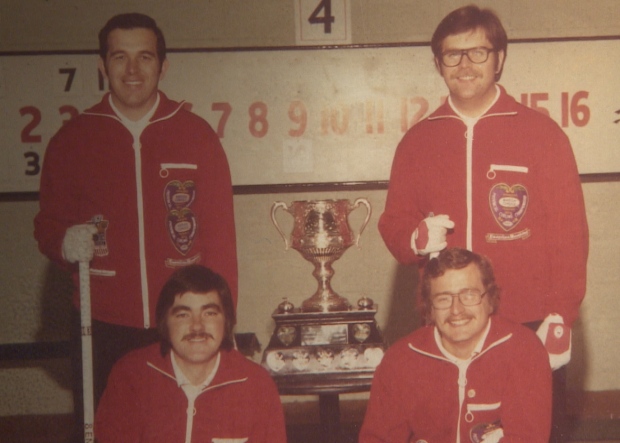 Jack started curling around the age of 13 and as the sport grew, so did Jack’s desire to play competitively. While he attended Acadia University, he played for the school team. In 1971, while visiting a friend and curling adversary in St. John’s, he was invited to curl for the Newfoundland team and study at Memorial University. Young and carefree, Jack eagerly accepted the offer. The following year, that curling team went to the Brier. Jack, playing third, was just 22. Getting a taste for what winning on a national stage could feel like, Jack began setting himself up to get there again. Four years later, he did just that. As the skip, Jack got his young but enthusiastic team to the Brier. They weren’t expected to do well.

Nevertheless, the rocks kept sliding their way and they started winning, knocking other teams out. “Then the underdog became the team that the whole country was cheering for,” says Virginia Kays – an avid curler and fan at the time. “During that final game, the whole country held its breath waiting for that last rock to slide from one end of the rink to the other. Before the Brier that year, no one really knew Jack MacDuff or the ‘fellas from Newfoundland’, but by the end of that final game, everyone knew their names and everyone was cheering for them. It was an unforgettable and legendary moment in Canadian curling.” 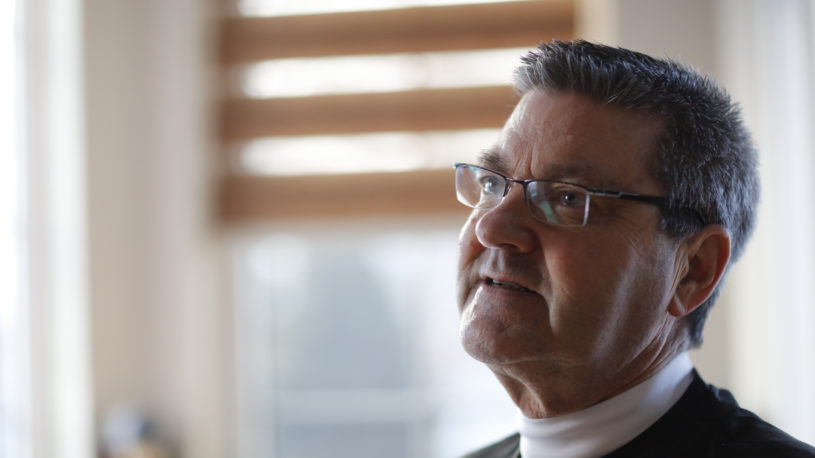 The Newfoundland team’s success that year had not been repeated for 40 years. Until now. It is such an accomplishment that the Canadian Curling Association invited Jack and his teammates to participate in the opening ceremonies for this year’s Brier in St. John’s. For Jack, it was a thrill and gave him a chance to cheer for the new kid.

Brad Gushue and his team have been favourites for the past few years and Jack is one of many who was rooting for them to win and steal the thunder back for Newfoundland and Labrador – which they did. 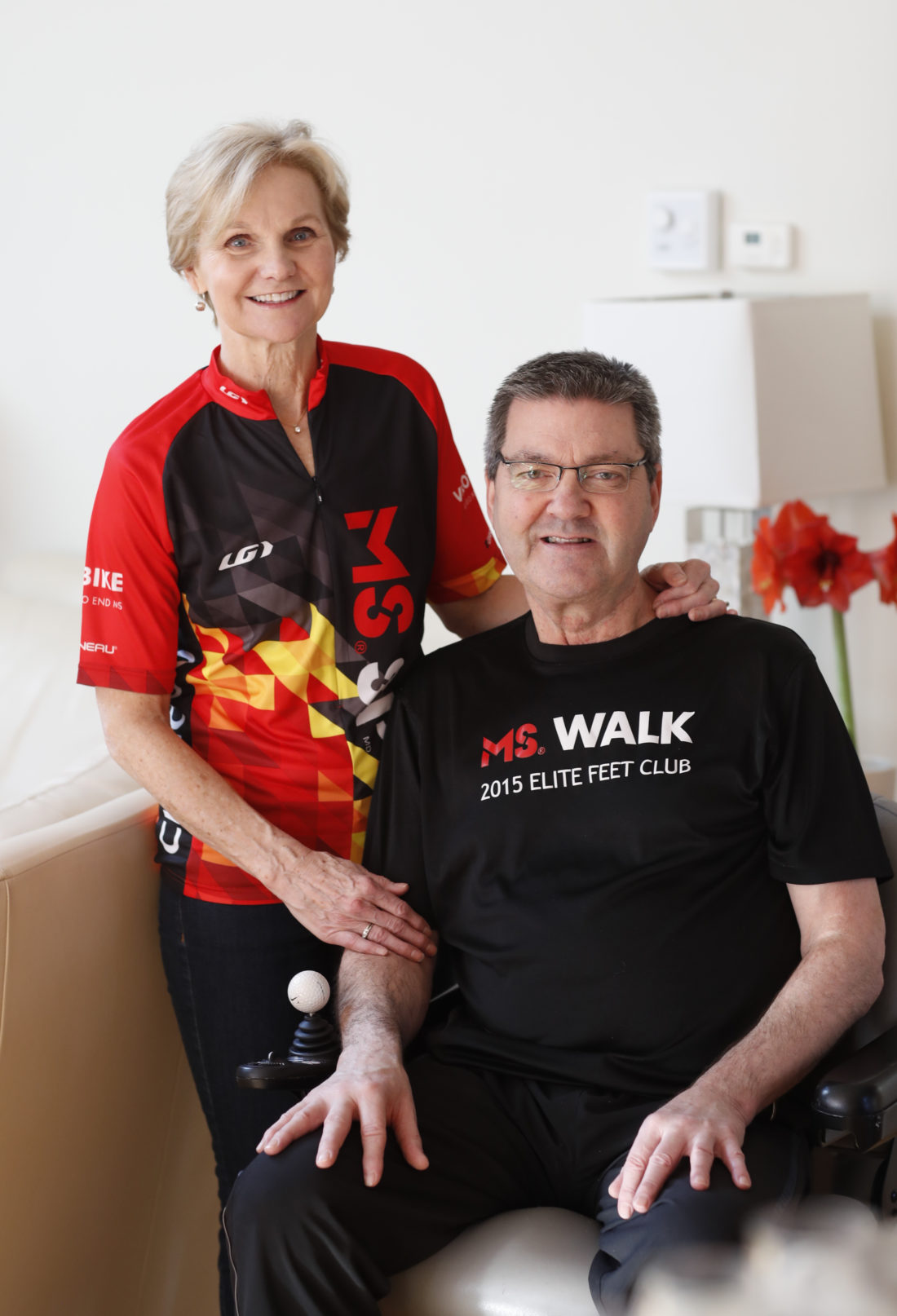 Jack and his wife Janet relocated to New Brunswick in the early 1980s, and settled into a wonderfully normal life. Jack enjoyed a successful career with General Motors and Janet worked at home – looking after their house and three young children. Always the athlete, Jack continued to stay fit: he curled, golfed, went to the gym and he and Janet enjoyed cycling together. Then one day in 1989, while golfing, Jack noticed that he couldn’t focus on the ball. He brushed it off at first, but when his golf scores kept getting worse, he knew there was something wrong.

After two years of doctor’s visits and trips to the neurologist, Jack got the news. He remembers hearing the words, “We think it’s multiple sclerosis.” At that time, that was the end of the conversation. There wasn’t anything else to talk about, no information about symptom management, no details about the kind of MS he may have, and no advice on what to do next. This was common for people diagnosed around this time. Treatment options were still in trial stages and doctors were reaching to piece together the MS puzzle and all of its complexities. So, Jack got glasses and went on with his life, golfing, working and being active.

For the next 10 years, he felt good. As the world waited and worried about Y2K, Jack worried about his health. Mobility and balance issues began affecting him. He felt unstable when he moved and found it difficult to walk. Doctors concluded that Jack, now 50, had primary progressive MS – the same disease that would put his younger sister in a wheelchair a few years later.

“I got the news – there were no medications to help me, no cure in sight, so I thought – okay, I can do this.” Jack’s positive attitude towards life has helped him cope with having MS. “My doctor used to say he loved seeing me in his office because no matter what news he gave me, I could make him laugh.”

At first, Jack needed a cane to walk. Then he used two canes. He moved to a walker, and now Jack uses a wheelchair or scooter to get around. Jack’s day now consists of getting as much exercise as he can by lifting weights and wheeling himself around town. When asked why he stays so active, he answers simply and profoundly, “Because I can.” 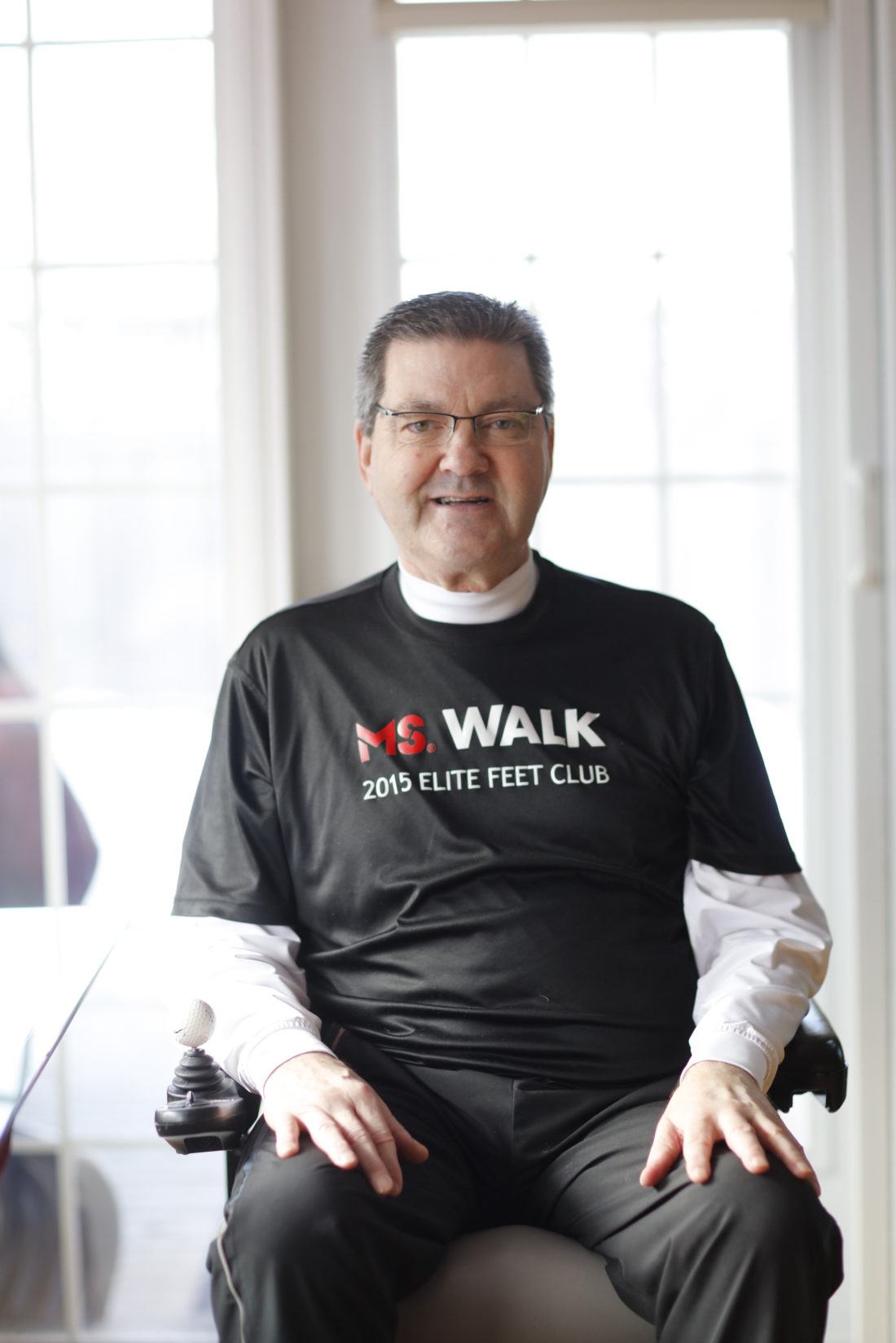 As part of Jack’s dedication to activity, he got involved with the New Brunswick MS Bike Tour about 12 years ago. While he couldn’t ride a bike, he did just about everything else. Jack captains the Slow Spokes team, cheering on the participants, especially his teammates, who make up the largest team in the event. Jack has achieved the event’s top fundraiser status for the past three years, raising more than $66,000. He is also the creator of a raffle draw that all Atlantic event participants can use to fundraise. The raffle raises more than $20,000 a year and Jack is thrilled every time he hears the totals that always surpass his expectations.

While Jack has decided to retire from being involved in MS Bike in 2016, he is ready to be involved in other ways:

“I’d like to do the MS Walk in my wheelchair this year. When you have limits, you just adjust your goals and dreams accordingly.”

There’s no doubt that Jack is grateful for the life he’s had. He’s seen and felt success in his play, work and family.

“What more could a person ask for, really,” he says. “I have a wonderful and supportive wife and family; my children are grown and living good lives and I have tremendous friends and acquaintances who have helped me along the way. I wouldn’t be where I am without all of them.”

“Jack has this extraordinary positivity that never gets him down,” says Kim Wilson, a close friend of Jack’s and the chair of the board of directors for the MS Society’s Atlantic Division. She is also a loyal member of the Slow Spokes MS bike team. “Jack’s courage and spirit inspire us to keep going despite any challenges life may throw our way.”

“If you want to do something, you try your best to do it and you don’t give up,” he says. “I know there are a lot of people, researchers and doctors, trying very hard to find a cure for this disease and I believe that someday, there will be help. Probably not for me, but it may help the next generation, and if that’s the difference that I can help make, that goal is just fine with me.” “What I’d like to say to anyone, whether it’s a young athlete, an underdog at the Brier, or someone newly diagnosed with MS, is to take every day and do the best you can and remember, you are never alone on your journey.”

That day in 1976 when Jack and his team won the Brier, he was on top of the world. Today, 40 years later, Jack stills feels like he’s one of the luckiest men around.

Canadians continue to wait for news on Ocrevus, the first disease-modifying therapy for adults living with progressive MS. For up to date information on its availability, visit mssociety.ca.

The federal government recently completed public consultations on accessibility in Canada. Follow us on social media for results on these surveys and more.