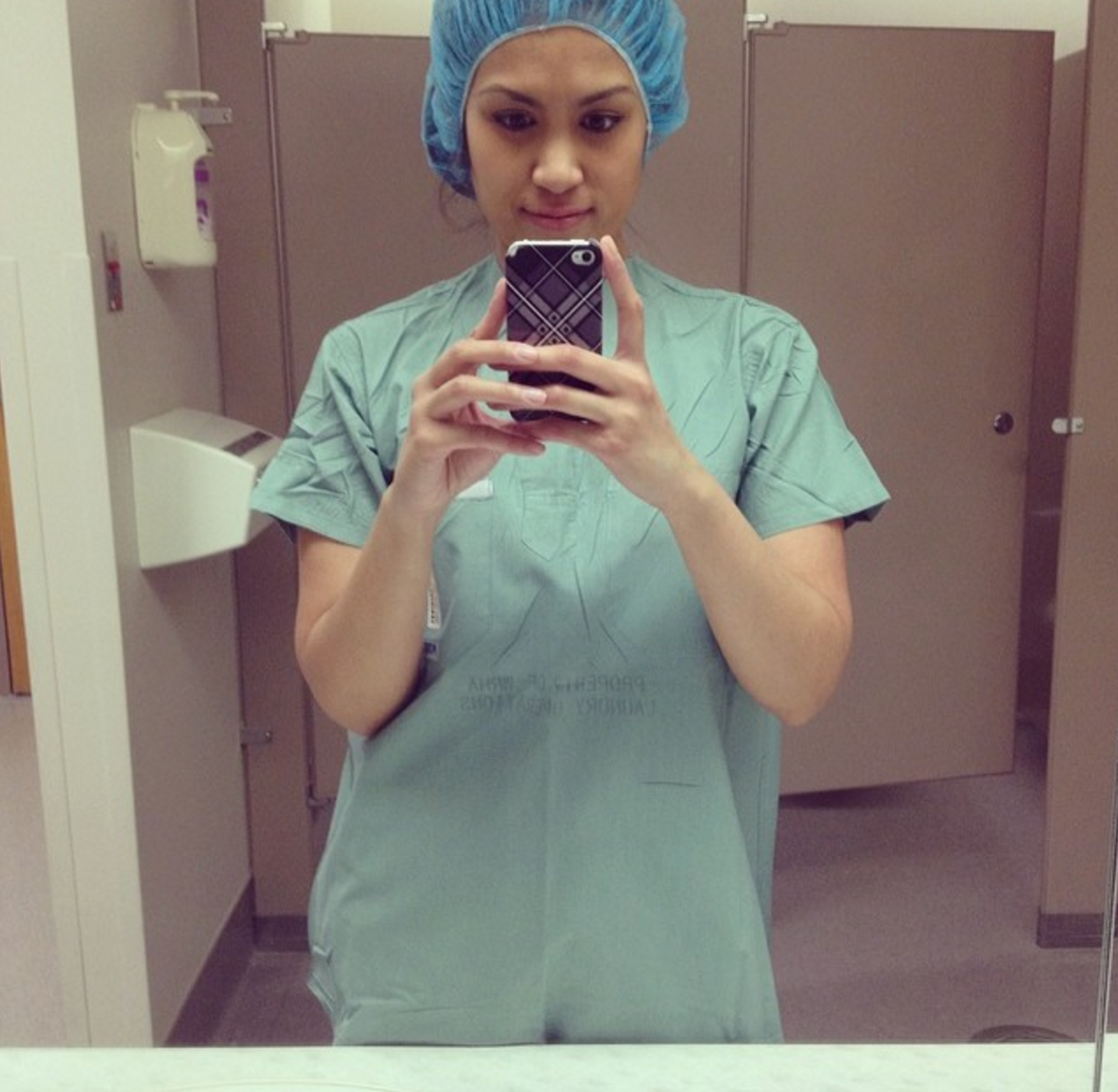 If I was to tell you about my bucket list when I was 17, I would tell you I wanted to bake the perfect batch of macaroons, learn to swim, become a yogi and – even though I’m terrified of heights and rollercoasters – skydive. More than all of that, though, and for as long as I can remember, I’ve dreamed of becoming a nurse. So last spring, when I was asked to withdraw from nursing school, I was devastated.

I had failed one of my courses by 1.33 per cent. If it had been nine per cent or 10 per cent, sure – but one per cent? I couldn’t believe it. I followed up with my professor to see where I could have improved, and I was told that the long answer questions on my final exam were not where she’d have liked them to be. Then the dean told me I should maybe consider a different career.

I felt like I was being robbed of my dreams. And while I stood there, being told to try a different path, I felt helpless. Being judged by people who’d never even met me made me want to say, “You don’t know me, or anything about my background, and you’re going to determine my future?” I fell into a deep depression.

I can think of only one other time in my life when I felt that defeated: nine years earlier, when I was diagnosed with relapsing-remitting MS. At 18, I was confused – I had hardly even heard of the disease before. We have no family history of MS, and we didn’t know anyone who lived with it. My parents, who emigrated from the Philippines where MS is actually not very commonly known or diagnosed, were in complete denial. Traditional Filipino culture does not typically turn to conventional medicine; my mom is very spiritual and didn’t trust it.

I researched the disease as much as I could, and one night a few weeks before my 23rd birthday, I invited my closest friends over and sat them down to deliver the news. It was an emotional evening, and I still remember the shock on everyone’s faces. I was so terrified that they were going to just walk out of my life, but it was the complete opposite.

This became a turning point. Suddenly I wasn’t so shy about mentioning that I have MS, and I started to look for ways to become more involved in the MS community.

Less than two years later, my life went in directions I never could have dreamed of

Early in my diagnosis, I started chatting with a woman from the programs & services team at the MS Society over email. When I opened up to her about my story, she invited me to become an MS ambassador, which means educating people about MS in many different ways. All of a sudden I was travelling to different schools and businesses, helping out with support groups, and telling my story to government representatives who could really effect change for people living with disabilities. The thing I’m proudest of is bringing so many stories from others who are affected by MS across the country to the ears of our elected officials.

In less than two years, my life went in directions I never could have dreamed of. Around that time, my neurologist, Dr. Marriott, one of the principal investigators of the MESCAMS study, invited me to speak at the announcement of the clinical trial. I expressed the hope it brought my family and me as we toured the lab with reporters. I told the cameras and the microphones how I see this work with stem cells as a chance to live a life without worries. The question “what if…” turns into “when and how.”

I want people to know they are not alone

I’d be lying if I told you that I wasn’t scared sometimes. I worry about my career. I worry that when I have kids, I won’t be able to care for them the way my mom has cared for me. But that’s how I learned to live life without boundaries. I look at my experiences with the MS community as a map for the other areas of my life – if I can turn a teenage diagnosis into a strength and share it with others, maybe I can do the same thing with my future.

I realize now that I won’t let anyone stop me from being who I want to be. I will be a nurse; it may just take a little bit longer. I will be a good mother, and if anyone tries to tell me otherwise, well, I will just fight harder. I’ve since found a program where I can specialize in public health nursing, and advocating for other people who have gone through experiences similar to mine. I’m currently on the waiting list for the licensed practical nursing (LPN) program, where I would have to work as a licensed practical nurse for approximately 400 hours before I can go back to school to try to get my bachelor of nursing – then I can specialize in public health nursing. It’s a longer process than I had initially wanted, but I am determined to get there!

I may never skydive, but I’m determined to learn how to swim, to take up a yoga class, and to help others navigate the healthcare system. In fact, I’m already starting: I’ll be hosting a wellness expo later this year with three other women who have MS. Our hope is to get young adults affected by MS together and connect.

When I was initially diagnosed with multiple sclerosis, I thought I was going to die. My disease would give me a disability, I’d never walk or talk again, and slowly I’d fade away. But now I know there are two main types of MS: progressive and relapsing-remitting. I’ve learned that we’ve made advances in research, medicine, community support. I’ve learned that thanks to the right resources and education, we have come along way in this country in supporting people living with disabilities. We have a long way to go, but people are working hard to make sure people living with MS have the support they need to live full and complete lives – the lives they have a right to.

I feel like in some small way I’ve been a part of this. Eight years ago, my closest friends and I started Team Faith and signed up for our local MS Walk. Back then, I told them I wanted to support a family member of mine. I’d said, “We need to do something in our lives to hopefully change someone else’s.” It wasn’t until two full years later that I felt comfortable enough to tell them the real reason we attended the event each year: there was no distant relative; I was the one living with MS.

Now I’m 27. In the past eight years, I’ve learned to cope in my own way – to work through, around and with my MS. To take things one day at a time. Every year, as the minus 30 winters of Winnipeg fade into spring, I get more hopeful. Seeing all the people out at the Walk leaves me speechless. Knowing there is so much support, not just in my hometown but all across the country, is a beautiful thing.

This year I’ve been working with other MS ambassadors like Kayla in Toronto, who’s Viable video really got to me. She has this line — “MS, I have you but you don’t have me” – and I know I’ve heard it before, but it’s all I’ve been saying lately. It just captures how I feel about the disease. Because to me a cure would mean invulnerability: changing “I can’t” into “I can.” And together, I know we’ll get there.

Born and raised in Winnipeg, Lizelle is a veteran MS ambassador and volunteer in the MS community. She is a full-time nursing student who dreams of getting into public health and advocating on behalf of others with neurological diseases like MS, and works as a receptionist to pay the bills. As we move into #MSWalk season, we will be sharing more of her story, and stories from other #MSWalk ambassadors across Canada. You can be like Lizelle and sign up for your local #MSWalk today. Tell us in the comments: who do you walk for?