By Karen Osak, diagnosed with secondary-progressive MS in 1990.

I was three the first time I tried skiing. It was 1966, and I was wearing one of those horrid snowsuits that kids wore back then. Picture Randy from A Christmas Story, but with bamboo ski poles in each hand. What a sight I must have been.

Skiing was a big part of my family life. My three siblings, my parents and I skied every weekend in the winter, two hours north of Toronto. March breaks were spent in the Rockies in Colorado. When I got older my ski trips were with friends, usually in Alberta or British Columbia. We would ski all day, drink and dance all night – what great memories! A ski trip has always been my favourite vacation.

Fast forward to 2005. I’d been battling multiple sclerosis for 15 years, and the disease had started to take a toll on me. The pain and spasticity in my legs became overwhelming, and I knew in my heart of hearts that I’d probably have to give up skiing. I no longer trusted my legs. What if they didn’t cooperate when I tried to get off the chairlift? What if they gave out on me while skiing down a hill? I was forced to give up the activity that I loved the most, something that represented the better part of the last 40 years of my life. That realization put me in a dark place for five very long winters. 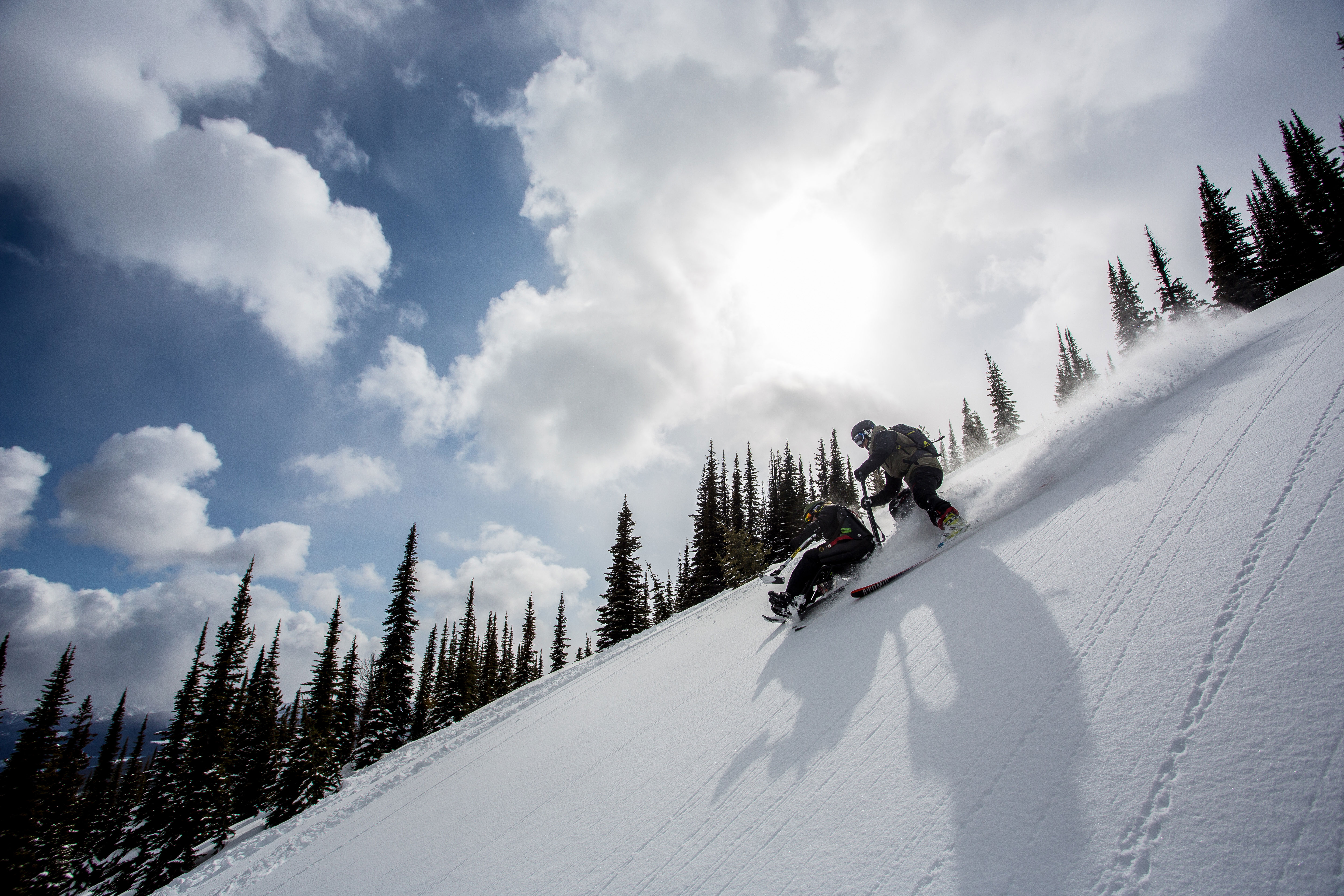 I needed to get back on skis and a quick internet search of “Adaptive Skiing in Ontario” sent me to the Canadian Association for Disabled Skiers web site.  In 2010 I enrolled in sit-ski lessons for an eight week program.  It was like being reborn. My body and I were finally having fun together again, and I felt what it was like to move quickly instead of my usual, arduously slow walking pace. The adrenaline thrill of skimming over snow and ice rekindled my love for winter. After my first lesson I wept with joy for the entire 90 minute drive back to Toronto. I’d found a new way to experience an old love. I’ve been sit-skiing ever since.

Then in March of 2015, I was given an opportunity to try cat-skiing at Selkirk Snowcat Skiing in the BC interior.  In cat-skiing, instead of the chairlift taking you up to the run, a “cat” is the mode of transportation. The cat is the same machine that’s used to groom runs at a ski area, but there’s a cabin attached to the back that holds the skiers, guides and loads of safety equipment. Josh Dueck, three-time Paralympic medalist in skiing and X Games champion, was also on the trip in a sit-ski alongside me! I’d never skied in conditions like these before, so Josh brought his friend Andrew to help me in the powder – or “pow” as the veterans call it. We went off jumps together and skied the trees — I’d never had so much fun nor dreamed that I could accomplish such a feat. 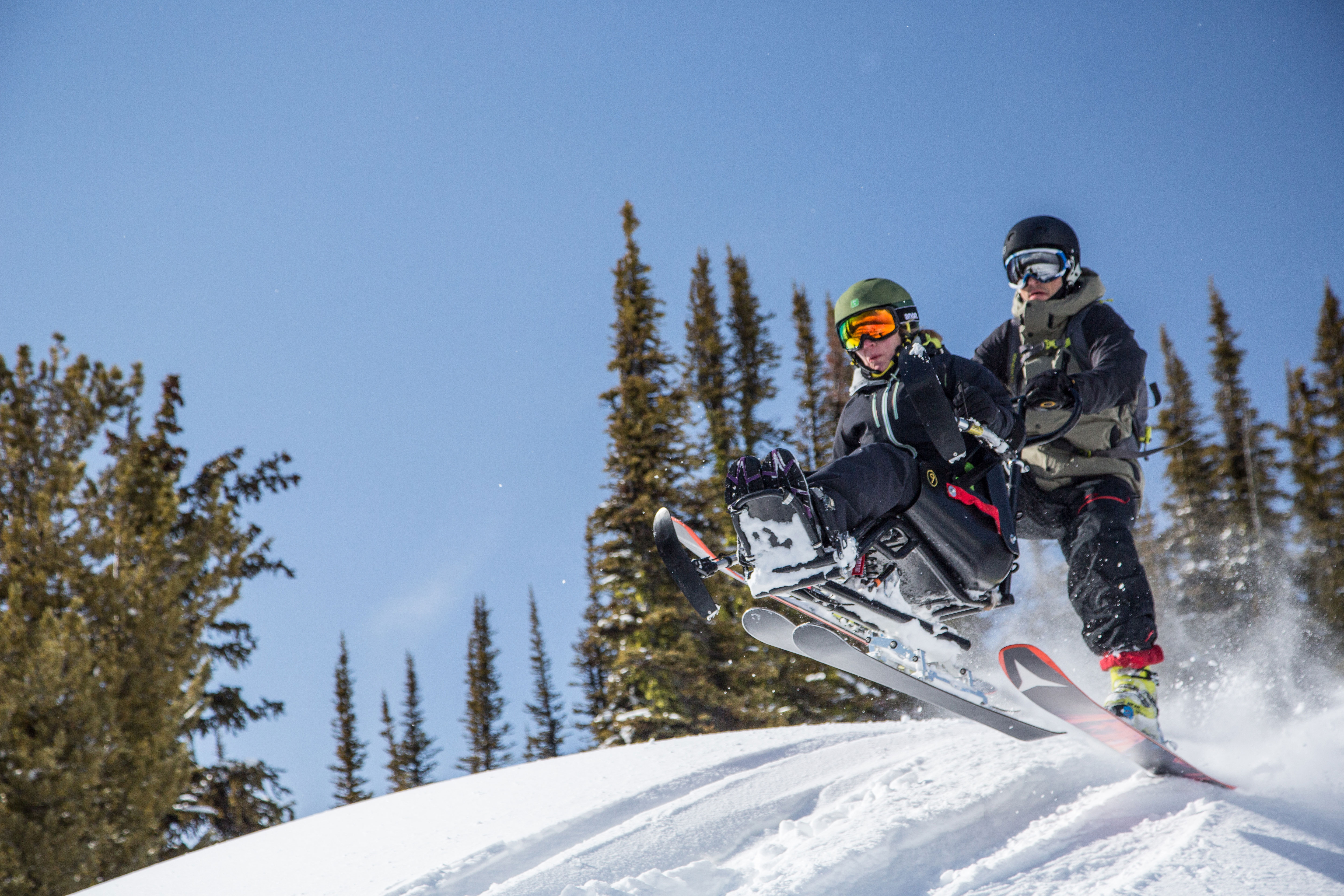 But my real dream was to ski the powder alone, unshackled from Andrew’s supportive hands. So, on the second-last run of our two-day adventure, I told Andrew to set me free. It was reminiscent of learning to ride a bike. Your dad lets go and you’re on your own and all of a sudden you trust yourself and your bike. Well, Andrew let go of the back of the sit-ski and I made 10 of the most beautiful turns anyone had ever made in the snow … except for the 10 I made on the next and final run. 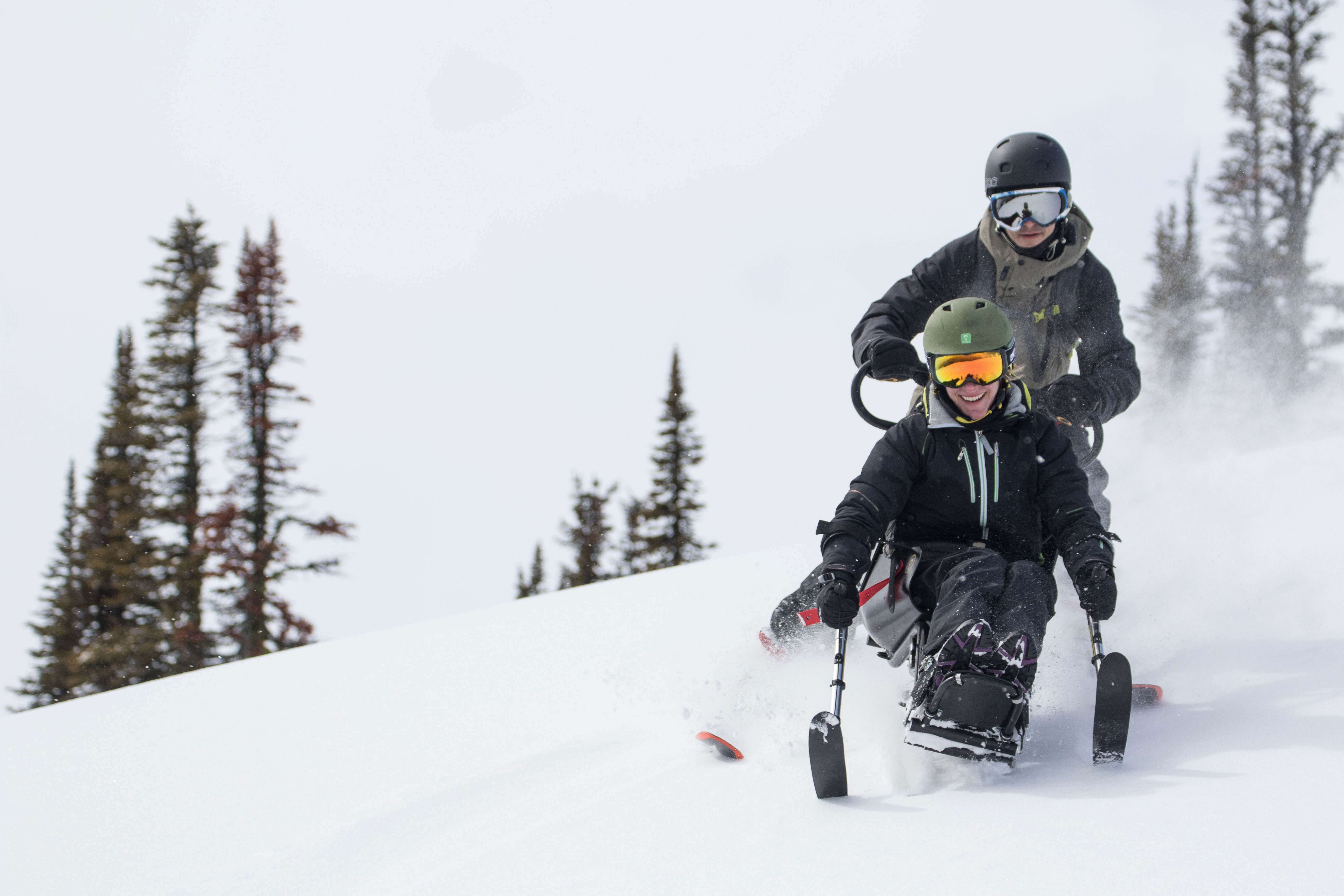 That trip was nine months ago, and I still get choked up when I discuss it with friends or look at the pictures. It changed my life. On that trip I didn’t feel disabled or out of place amongst the other skiers. I did something that few able-bodied skiers have done and by extension far fewer sit-skiers. That experience revived in me the joy of trying something new and daring to dream. If you’re then lucky enough to accomplish the dream, it’s just icing on the cake. Or in this case, 400 centimetre-deep icing.